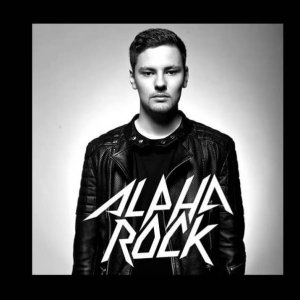 Alpharock, who goes by the name of Jeffrey Lens, is a 21-year old DJ/Producer from Ede (The Netherlands). His first single called ‘Drop the Guns” was released by Oxygen (Spinnin Records) and went straight to the ‘Beatport Electro House” top 10. The track received massive support by superstar DJ’s like Hardwell, Showtek, Dimitri Vegas & Like Mike and Martin Garrix. Two big sequels followed called ‘Get Wild” and the free download ‘Like This”. It was waiting for the right time for Alpharock to have his first Beatport chart breaker. On the 26th of December ‘Pump This Party” hit the Internet as a big release on Spinnin Records. Enjoying amazing support by the world’s biggest DJ’s like Martin Garrix, Dimitri Vegas & Like Mike and world premiered by Hardwell it hit the Beatport top-20 straight away. In the beginning of February Tiesto’s handpicked record ‘Crossover”, which featured the super talented Dutch duo The Voyagers, stayed for 6 weeks in de House Top 100 chart on Beatport. In March 2015 Alpharock did released a collaboration with the very talented producer Vida! This record, called ‘knives”, was revealed on Sander van Doorn’s label ‘Doorn records’ and did it very well in the Progressive House charts. On the 12th of June Alpharock released his biggest track so far, ‘FAWL”. This track, which was premiered by Tiësto as ID-FAWL, received some major support from the biggest artist in the scene like Martin Garrix, Hardwell, Tiësto and Avicii. Two weeks before the official release on Beatport, Nicky Romero revealed in his radio show that the creator behind ‘FAWL” was Alpharock. This amazing record came out on Spinnin Records and went straight to #15 in the main chart and #4 in the progressive house chart! In August, “Bassface” a collaboration between Alpharock and Jaggs was released on Revealed Recordings, the label of the worlds number 1 DJ Hardwell. The track made it to the number 5 position in the Beatport Electro house chart. Next up is a release on Musical Freedom Records, the label of world-famous DJ, Tiësto. The ‘Guitar Hero” is a collaboration between Alpharock and Vida and is going to be released on the 10th of October!