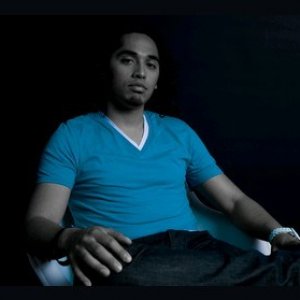 Since the onset of his career, Andy has experimented with the various genres of House/Dance music, resulting in the birth of a vibe which exudes the very essence of what House music is really all about.

For many years Andy has made the party happen at some of the most famous spots in Holland, and now he brings a vivacious new energy with the addition of his own creative sound. To put a label on it one would say House with a lot of other influences. However, to feel it is indescribable. To put it simply, Andy knows what the people want, and keeps his finger on the pulse of what makes the party rock time and time again.

Andy Jones the producer has created a fresh, new sound which he incorporates into his DJ sets. He follows in the footsteps of the world famous DJ/Producers from Holland. With such big shoes to fill Andy is on top of his game.He is the protégé of Hollands native son Lucien Foort, whose inventive style has placed him in the top rankings as one of Europe’s most well known Dj/Producers.

Andy Jones has created a name for himself while dominating the club scene in Holland. His aim is to create a presence around the world, one continent at a time.

Countless numbers of club and partygoers in Holland are already convinced of who rocks the party! The time has come for everyone else to experience the power of Andy Jones!