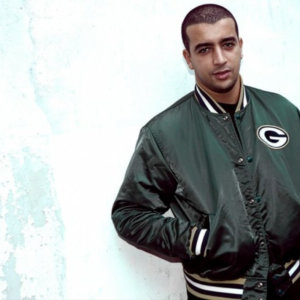 Releases on labels like Spinnin Records, Afrojack’s Wall Recordings and Steve Aoki’s Dim Mak and remixes for Laidback Luke, Sidney Samson, the Bingo Players and Hardwell. All big achievements that make 26-year-old Abdesamad Ben Abdelaouid, better known as DJ Apster, definitely stand out from all the talented DJ/Producers that the Dutch house scene has to offer.

Apster’s first production ‘King Selassie’ and his collaboration with Bassjackers and Joey Suki for Sneakerz MUZIK’s ‘Sneakerz Winter EP’ already got a lot of attention, but things really got out of hand when Apster and Joey Suki remixed a Bassjackers’ record called ‘Enowapi’. Laidback Luke, Erick Morillo and Roger Sanchez immediately added the remix to their record bags. Laidback Luke digged the track so much he asked Apster and Joey Suki to do a remix of his track ‘Need Your Loving’ which was released on MixMash early 2009. After that, numerous releases, remixes and collaborations (with for example Quintino and Firebeatz) followed, highlighted by a remix of Sandro Silva’s ‘Told Ya’, released on Steve Aoki’s label Dim Mak and more recently Pitbull’s track ‘Pause’, which was produced by Apster.

In the past year, Apster also teamed up with Holland’s biggest dance export product of the moment, Afrojack. Not only did Apster release his track ‘Bubble Gutz’ on Afrojack’s label Wall Recordings, but Afrojack also wanted Apster to remix his track ‘Take Over Control ft. Eva Simons’. After this remix Apster produced ‘Brougham / Contour’ for Wall Recordings, two tracks Apster made together with Bassjackers. His latest project is a collaboration with Nicky Romero, ‘Bootcamp’, also featured on Wall Recordings.

Apster has put a lot of effort and time is his productions, but he sure didn’t forget about his career as a DJ. A residency for the ‘Nope is Dope’-parties for which he also compiled two albums, playing at events like ‘Super You & Me’, ‘Latin Village’ and ‘Sneakerz’ and gigs in Italy, Spain, Turkey, Bulgaria and Aruba. To top it off, last June he did an Australia Tour alongside Afrojack. Apster made sure he pleased the crowds with his recognizable beats.