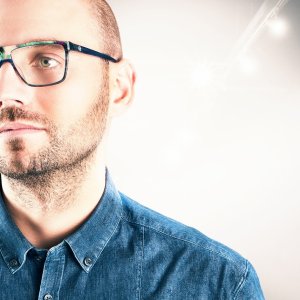 Baggi Begovic is a team player. He likes to co-operate. He wants to share. Baggi is a DJ/producer of the people, for the people. Migrating from his native Bosnia to Rotterdam in the mid ‘90s, Baggi dived head-first and heart-deep into the rapidly blossoming Dutch dance scene. His timing was perfect: Dutch dance had gained a strong foothold in The Netherlands, yet its days of global supremacy were not yet on the horizon.

Music was – and is – the perfect release for his passion for life and inspired Baggi to learn his craft behind the decks and in the studio which allowed him to establish his name in the Dutch dance industry.

Then in 2009, three of Baggi’s tracks were included in the Defected In The House: Amsterdam 2cd compilation. This resulted in the Baggi Begovic & Chocolate Puma co-production ‘Solarianism’ for the famous Defected label which kick-started his international career. Other releases on renowned labels like Spinnin’ Records and Roger Sanchez’ Stealth Records quickly followed, including chart hitting tunes like ‘Freefalling’ and Baggi’s 21st century remake of Nirvana’s ‘Smells Like Teen Spirit’, more recently ‘Everything That I Got’ (featuring Bimbo Jones and Kristine W) and ‘Chasing The Sun’ with vocalist PHATT. The remix of Josie Cotton’s ‘If a lie was love’ by Baggi Begovic and Robbie Taylor was featured on Tiesto’s Club Life: Volume Two Miami which was #1 on Billboards Dance/Electronic Album charts in the US and #16 in the general billboard charts this year.

Baggi Begovic has been spinning all over the globe, from Pacha to Ministry of Sound and reputed festivals like Mysteryland, Creamfields, Extrema, Dance Valley and Global Gathering. He has shared the decks with top producers and top jocks: Dennis Ferrer, Sharam, Erick Morillo, Chocolate Puma, Roger Sanchez, Fedde Le Grand & Sebastian Ingrosso.

Together with chart-topping DJ Jose Nunez, Baggi Begovic has made a remake of the 80’s classic ‘Owner of a lonely heart’ by Yes which is going to be released in early 2013 and with touring opportunities in the US & Asia in the coming year, there is a lot to come for this experienced and skilled DJ and producer.
A warm welcome to the Ace family.