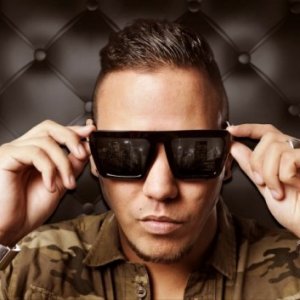 JPACKMC also known as Jeff Brouwer was born in 1990 in Sneek, The Netherlands. Since he was a little child he loved music. While growing up as a teenager it continues to stay his passion. At the age of 13 he started out as a hip hop artist together with Soundsofficial. Together they formed a Dutch hiphop duo called J&A. It was not until he got approached by a promotor to take the microphone in the sense of MC.

As a MC, JPACKMC differs himself from other MC’s by having a great sense of humor, participating and interacting with the audience and by adding an energetic and positive vibe to the party! He started to perform in the Alcatraz (now known as Club 1841) the beginning of a career full of exciting performances in clubs, outdoor festivals and events. JPACKMC has performed in clubs like; Club AIR (Amsterdam), Kaufleuten Club (Zürich, Switzerland), Bermuda (Curacao), Freshtival (Enschede), A Day at the Park Festival (Amsterdam) and many more.. JPACKMC is now resident MC in one of the best clubs of the Netherlands, Club Red. During his performances he has hosted many (internationally) famous artists, such as, Nicky Romero, Quintino, Don Diablo, Hardwell, Bingoplayers and many more.