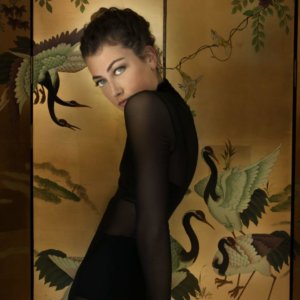 The mature sound of 22 year old singer songwriter Anna Rune from Belgium, makes it hard to believe that she has only just started her musical career.
Daughter of a viola player and a flutist who toured the world, Anna grew up in a classical nest. At a young age she started competing in classical piano competitions, but soon found that her passion lay somewhere else: writing and singing her own music.
After winning Belgium’s national music competition De Kunstbende in 2011 and competing as a finalist in the 2012 edition of Imagine where she won the SABAM price, Anna also had the honour of supporting world renowned Belgian jazzpianist Jef Neve. Just 18 years old, and in the spotlights with her own songs.

Jef Neve: “Anna has talent, is frivolous and stubborn, and walks with an unknown charm straight to her goal. But above all, it’s her music that moves me. Cheers to the ambition of the youth.” Anna went on to perform in a theater tour with Belgian artist Sioen, and her cover of the Radiohead song Creep made it into the top 50 on Belgium’s MNM radio.
This all happened before she entered the School of Arts in Rotterdam for Vocal and Songwriting studies. Before graduating cum laude, she released her first EP “Unfolding Immensity” (2014), was the first woman to win the national televisionshow “The Best Dutch Singer-Songwriter” and played festivals like Sziget, Pinkpop, North Sea Jazz and Songbird festival. She also took care of being the supporting act for Kensington, Asaf Avidan, Asgeir and Blaudzun.
Anna’s music is replete with drama and atmosphere. Her lyrics are laced with metaphors and subtle riddles about the mysteries of life, love and longing.

Often they caress your heart, sometimes they slap you straight in the face.
As a composer and a pianist, Anna Rune is poised to become a heroine of contemporary music. Her remarkable piano work and her ability to craft notes
into audible works of art that both resonate and remain long after the music has stopped, are firm indications that this is an artist we’ll be hearing more from in the near future. And beyond.
She’s been called the Flemish Regina Spektor, the love child of an impossible foursome marriage between Rufus Wainwright, Sia, Patrick Watson and Laura Mvula, annoyingly good and ridiculously talented. Don’t worry, soon she’ll be up there too.