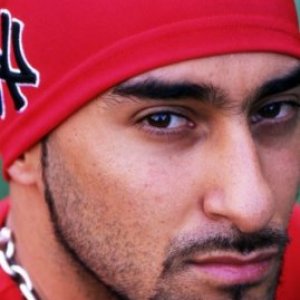 Armand Van Helden has never done things by halves. So when the mercurial producer decides upon a new musical plan of action he doesn’t just dip his toes into the sonic water, he dives right in. Welcome, therefore, to Ghettoblaster. An incendiary call to arms, Ghettoblaster, from the unambiguous title to the thrilling sounds contained therein, is an unapologetic throwback to dance music’s joyous infancy. A time before house ate itself; a time when you could play Inner City next to Mantronix next to The Clash next to Rob Base and Easy Rock and no one would blink an eyelid. Indeed, as Armand puts it: “On this album I was going for a retro throwback 1985-89 soul up-tempo urban type sound. Chicago meets Miami meets New York City kind of thing. Or to put it differently, house meets freestyle meets hip-house meets club meets new wave.”

Of course, being one of dance music’s most endearingly perverse characters, Armand is well placed to execute this resurrection of sound. “I am the dude to do this,” he boasts. “People expect it from me”. But really, should we be surprised that Armand is seeking inspiration from the past in an attempt to excite the here and now? You know what they say about those that don’t understand their history; they are forever doomed to repeat the mistakes of the past. And anyway, indie bands and hip hop producers have had their Converse clad feet and Diamante encrusted ringed fingers in the past for decades. “I want to bring it back round to a time when things were more soulful and song driven,” he states. “Before the onslaught of underground dance music.” One listen to tracks such as This Ain’t Hollywood, Still In Love and A Track Called Jack prove that he’s achieved this with brass knobs on. Effortlessly recalling the unfettered innocence of the mid-80s, Ghettoblaster is chock full of dancefloor slayers in every sense. However, don’t think it’s purely retro. The opening salvo of Go Crazy! (an apposite title if ever there was one), Touch Your Toes and I Want Your Soul will knock any present day house head into touch. The point being to evoke an element of familiarity (“I want people to listen to these songs and think ‘I have these records’” he explains) and then hit them with the shock of the new.

And in any case, Armand says these classic era-defining sounds have been slowly creeping in for some time now.  “The snare sounds Prince used, the keyboards from Expose and those old 808 drums, I’ve noticed them coming back. I keep my ear to the street.” One person who won’t be shocked by Armand’s sonic space hopping is his mum. As a young kid Armand was always getting into trouble with Mrs Van Helden for digging in the trash. “But me and my gang always found cool stuff,” he recalls years later, “and that’s what I’m doing on this record, this is the sound of my first nightclub. When I was in the studio writing and recording this album that was the feeling I was aiming for. I would close my eyes and immediately the neon lights would come rushing back. “The cars out on the wet streets, the city lights shining on the people queuing up, that feeling of anticipation. I was also thinking of the fashions of the time: this was the accessory era – the bracelets, the crosses, the gloves, the earrings. All of that is captured on this record.” And Ghettoblaster is certainly emotive. The boisterous Go Crazy! serves as a statement of intent (all frenetic synth stabs, much like Jeff Wayne gone ga-ga): a clarion call for disaffected thrill seekers. And this pace is maintained for nigh-on 70 minutes of carnival-like mayhem. I Want Your Soul is an E-fuelled anthem, the strident Playing House an hypnotic slice of psychedelia and the magnificent vocal house of Still In Love a glorious homage to 1991 and all that. Meanwhile, the central motif of the hip house soon-to-be-classic This Ain’t Hollywood (‘Take it, manipulate it and chop it’) could well serve as a recurring theme for the album itself.

Pleasingly, this being an Armand Van  Helden joint, Ghettoblaster is super sexy. The primal rhythms of Playmate and the spiritual cousins Je T’Aime and All Nite (just check those titles!) being both alluring and devastatingly simple.
“That’s just a natural by-product of me,” he says. “I’m not fascinated by intelligence, I don’t get a kick out of minimal techno. I don’t want my music to be intelligent. I like making sex records.” So this is the sound of Armand Van Helden in 2007: an infectious mixture of old school charm and 20 years of dancefloor nous coming together in one joyous whole. It’s a sound that is instantly recognisable and yet alarmingly different. A sound that is playful and fun. A sound that only a true pioneer could succeed in grasping. Welcome back, Armand. It’s been too long.