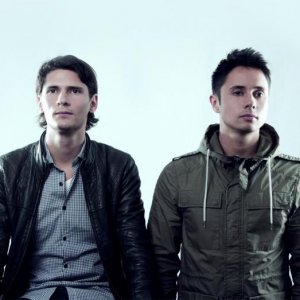 On an afternoon somewhere in the beginning of 2007 two friends decided to join forces, one DJ and one producer, both sharing great passion for House music. Bassjackers was born!

Bassjackers a.k.a. Marlon Flohr and Ralph van Hilst had not foreseen what was coming when they started out with their collaboration. Marlon was already DJ-ing for a while and Ralph experimented a lot with making different kinds of dance music. Marlon was mainly playing House music at the time and then the idea came to push Ralph’s productions in that direction so that Marlon could play the tracks in his sets. The first track they were both satisfied with was ‘Beat Cut’.

‘Beat Cut’ got picked up by Fedde Le Grand and kickstarted their career. What followed was a solid stream of tracks and remixes which were supported by all the top jocks and scored big on the international dance charts, like for example their remix for Dada Life which scored #1 on hypem.com (the international hype machine). The success in the studio was also taken to the clubs and with a packed schedule of 250 gigs a year Bassjackers were definitely established in the dance scene.

Their big break came in 2011, their dancefloor bomb ‘Mush Mush’ got picked up by Tiësto and got released on Tiësto’s imprint ‘Musical Freedom’. It dominated the Beatport Top 10 for over 2 months and grew to be one of the biggest club/festival tracks of 2011. It’s that track that every DJ can play to destroy the dance floor, and so they did. Just to namedrop; Tiësto, Swedish House Mafia, David Guetta, Afrojack, Sander van Doorn, Martin Solveig, Calvin Harris, Benny Benassi, Judge Jules, the list of support is endless!

This resulted in a massive career boost! Remixing for A-list artists like Rihanna and Moby, playing in Privilege Ibiza alongside Tiësto and touring around the globe to demolish dance floors is just the beginning. Bassjackers are taking over!