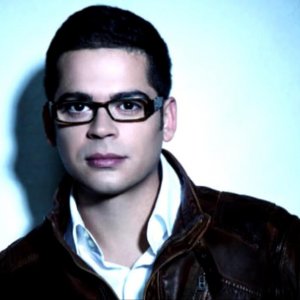 Brian Cross is a producer, DJ and entrepreneur born in Barcelona, Spain.

He is known for working with numerous other artists from different music styles including Armin Van Buuren, Ricky Martin, Sophie Ellis-Bextor, Yandel, Robbie Rivera, Inna, Leah Labelle and many more. He has released on some of the worlds biggest record labels including Armada Music, Ultra Music, Dirty Dutch, Big Beat Records, In Charge, Sony Music and A State of Trance. In 2015 he signed with Ultra Music.

In 2015 Brian Cross signed with SuperMartXé as their weekly resident at the worlds biggest club Privilege Ibiza and for the worldtour of the brand.The weekly performances included guests like Afrojack,[6] Chuckie,Deniz Koyu, Matthew Koma, Two Tone and the 12-hour non-stop closing party featuring Nervo, Thomas Gold, Glowinthedark and Yves V.2015 was also the year where Brian Cross performed for the first time at Tomorrowland Festival in Belgium and Tomorrowworld Festival in Atlanta. Both performances took place at the V Session Stages with artists like Chuckie, Borgore, Firebeatz, Ftampa, Quintino, R3hab and of course the host of the stage Yves V.

In May 2016 Brian became the new Head of the Electronic department of Livenation Spain. He has also signed for another season as headliner for SuperMartXé in Privilege Ibiza sharing the stage with Steve Angello, Chris Brown, Afrojack, Chuckie, Nervo, Yves V and many more. In April 2016 Brian Cross had his debut at Tomorrowland Brazil and is also confirmed to perform for the second time at Tomorrowland in Belgium on the V sessions stage.

In 2017 Brian Cross performed for the 3d time on Tomorrowland in Belgium and returned to Amnesia Ibiza as weekly guest on the new event Black Out which hosted guests like Dimitri Vegas & Like Mike, Hardwell, Nicky Romero and many more.