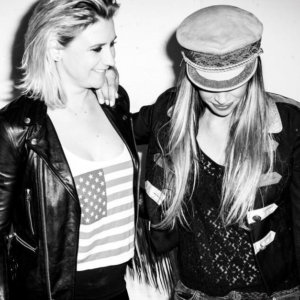 If house music could give good vibes a face, it would be Tess & Claire. These two stunners, beter known by their stage name Cat Carpenters, have been doing whatever they want since they were little and won’t stop kicking ass anytime soon.
wished that you had discovered first, night after night with no exeptions? Don’t even ask. Apparantely God is not just a DJ, she is two of them.

Notorious in their hometown Amsterdam and no strangers to the rest of the world, Cat Carpenters have been on a life long winning streak when it comes to live performances. Delivering irresistable and mesmerizing sets that get anybody and everybody ecstatic in no time. Grab your international dictionary so you can ask anyone from Puerto Rico to Berlin and Paris to Ibiza.

And if you like great things like food, romance and oxygen, chances are that you’ll love their track record too. Releasing official originals and remixes with the likes of Dotan, Di-Rect and Bella Hay put them on the global map, while their mixtapes and mindblowing live sets will put them straight in your heart.

And even though 2017 can’t give us Prince or Bowie back, it is however starting to look  like a rollercoaster ride with the Swedish bikini team. Gigs are lined up from Miami Winter Music Conference all the way to Paris Disneyland and beyond. Add 3 scheduled Cat Carpenters releases coming your way and their 3FM + Eurosonic performance to the mix and strap on your seatbelt. They’re coming for ya!

Now don’t be silly and follow them right meow: