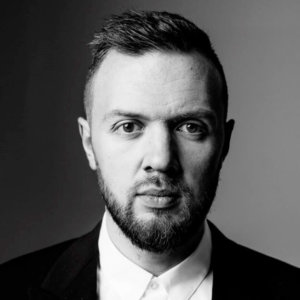 Lake first became recognized for his bootleg remixes of The Prodigy’s “Climbatize”, Leftfield’s “Phat Planet”, and Eurythmics “Sweet Dreams,” which he did under the alias “Cristophe D’Abuc” in 2002.[2] By 2006, “Changes” (ft. Laura V) reached the UK Singles Chart,[3] peaking at #27. The track was licensed by Universal Music for a full worldwide release[5] where it then reached #10 on Billboard’s Hot Dance Airplay chart.[6] His 2007 single, “Carry Me Away” (featuring Emma Hewitt), topped the Billboard Hot Dance Airplay Chart.[7] In 2012, Lake received his first Grammy nomination for collaborating with Deadmau5 on the album “4×4=12.” He scored his third consecutive top ten hit on the US dance chart with “Only One”. “If You Knew” featuring Nastala, became his 4th consecutive top 10 single on the US dance chart. In this time he also ran two record labels called Rising Music and Rising Trax, which took hiatus in 2014.

2015 saw a major direction change, Chris released 5 tracks on Ultra Records. The first of which being a single “Chest,” which NestHQ hailed as “best described by what it isn’t. It’s not a frilly banger, It’s not an esoteric deep cut. There’s no sing-a-long happening here. Rather, Chris Lake has simplified his production to let all of the necessary elements shine.”[2] Following this was “Piano Hard”, a collaboration with Chris Lorenzo, which was premiered on Annie Mac’s BBC Radio 1 show and on Billboard. Two months after, Chris’s collaboration with Anna Lunoe “Stomper” was released and premiered on YourEDM, where it was acknowledged as “a charging house tune that received play throughout the entire festival circuit.”[3] During September, “Stranger” was released and got played out at nearly every major festival throughout the US, according to 1001tracklists.[4] Coinciding with this September release was a 3 month North American tour where he played at a handful of notable festivals and venues such as Hard Day of the Dead, Foundation Nightclub, and U Street Music Hall.[5] His last release of 2015 was another collaboration with Chris Lorenzo called “The Calling.” Their second collaboration was premiered on Mixmag and they were hailed as a “seemingly perfect match.”[6] Alongside these 5 originals, he also released the smash remix of Calvin Harris & Disciple’s “How Deep is Your Love,” which has received over 80 million streams accumulative and was one of the most popular house remixes on Soundcloud of the year.

2016 saw Chris release a handful of very popular remixes. The first of which being for Jess Glynne’s “Hold My Hand” Big Beat Records, which received over 3 million streams across various platforms. Shortly after, his official remix for Craig David’s “Nothing Like This” was released on FFRR Records and received a significant amount of DJ support throughout Europe. But his most notable 2016 remix was for Missy Elliot’s “WTF (Where They From)” on Big Beat/Atlantic – which ended up being the top release on the package. Additionally, Insomniac featured the remix and said “there’s nothing not to like here.”[7]

So far 2017 has seen Chris launch a new label called Black Book Records, which “Operator” (the Holy Ship anthem)[8] came out on. Aside from his new label he curated the massive “HOWSLA” compilation with Skrillex, which was featured on Billboard[9] and reached #1 on the iTunes electronic chart.[10] The compilation consisted of 12 tracks, including Chris’s latest release “I Want You,” which is currently 1001tracklists’ 3rd most supported song, for the 10th week in a row.[11]