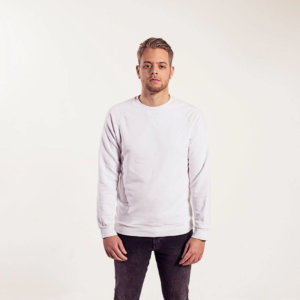 Having fine-tuned his production expertise in the studio over the past 4 years, CMC$ has built up a proven track record of releasing high impact material resonating on an epic scale. After the momentous success of ‘Not Going Home’ last year alongside DVBBS ft. Gia Koka, amassing over 75 million Spotify streams and counting, as well as catching the ears of global powerhouses such as Martin Garrix, Diplo, Steve Aoki, the career of CMC$ has proven to be driving on a constant upward trajectory.

With releases secured on imprints such as Spinnin’, Mad Decent and Ultra, consisting of the huge ‘Keys’ feat. Jalise Romy which achieved 1 million plays within 3 weeks, the output from CMC$ has been an unstoppable driving force to achieving recognition from the highest calibre artists across the dance music spectrum.

Other highlight releases include the recent ‘Won’t Let You Go’ on Spinnin’, the standout collaboration ‘Understand Me’ with Conor Maynard on STMPD Records which to date has received 6 million streams and counting. Alongside singles are a string of power charged remixes such as the Major Lazer & MOTi’s ‘Boom’ remix and Firebeatz & Chocolate Puma’s ‘Lullaby’ remix, showcasing his diverse pallet of production techniques as an artist. The most recent CMC$ release is ‘Those Lights’ on Spinnin’ Records which if early signs are anything to go by then fans can expect another club-ready anthem filling their clubbing adventures.

Away from the studio, CMC$ has complimented his musical ability with a desire and passion for the art of DJing. With an array of sold out parties in Amsterdam under his belt pushing his own concept ‘craycray’, along with shows supporting Martin Garrix at hot spots including Ushuaïa Ibiza and RAI Amsterdam, the talent of CMC$ as a performer rivals his carefully crafted sound as an artist. Further bolstering the armoury with highlight sets at Parookaville (DE), Ministry of Sound (UK) and Mysteryland (NL), as well as an upcoming debut at Tomorrowland (BE) this year, and CMC$ continues to showcase he’s a force to be reckoned with behind the decks.

Having spent time in the studio with the industries finest including Conor Maynard, DVBBS, Steve Aoki David Guetta, Martin Garrix, CMC$ has proven he has what it takes to become the best at his craft. With a career moving at lightning speed, his journey through sound looks set to showcase him as the next best dance music powerhouse in 2017.