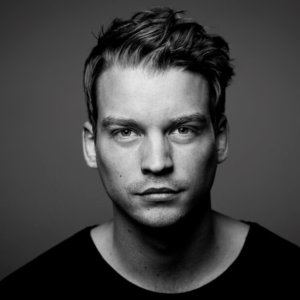 Canadian producer Conro, was always destined to make a name for himself as a musician. Born into a musical family, Conro started playing violin at the tender age of seven. Later going on to play in the Saskatoon Youth Symphony orchestra, with a burning desire to spread his talents soon taking over, he took up piano, guitar and the drums, with a passion that continues to glow bright to this day.

Conro initially played in local rock n’ roll and alternative bands, gaining respect and a following in his local community. His first foray into self-production was also far removed from electronic music, as he wrote and recorded two self-released folk albums, his first project under the Conor Patton name. His intense musical background soon morphed into the sound he’s become most well known for, though it’s not without its strong influences. Conro’s style of electro house includes subtle creative nods towards his older work blending in aspects of rock, garage, and disco.

With this, Conro has had his fair deal of being a recording artist and the experience of being on tour, from his first release in 2012 on Kindergarten and heavy support from some highly respected names in the electro scene.

Conro’s catalogue of stellar productions has continued to grow over the years, with releases on Armada, Revealed and WOLV. His Dyro collaboration ‘Bittersweet’, which featured the vocals of Envy Monroe, was supported by names including Hardwell and David Guetta.

Summer 2015, Conro decided to only make music he loved and had a passion for, which was not something expected of him or which was guaranteed to work on the dancefloor, but just music that matters to him, resulting in a new sound; more downtempo but still energetic, future bass meets electronic, laced with lush melodies. The first outputs of this new direction were releases on Monstercat. The first, ‘On My Way Up’, was released early 2016 and has seen over 3.3 million Spotify plays, while ‘City Lights’ followed in similar suit with nearly 3 million Spotify plays and was featured in a recent Gogoro ad in Asia. ‘The Saint’, another future bass track with a lot of funk influences, and ‘I Wanna Know’, are other highlights this year on what has been a fruitful collaboration for Conro and the impressive Vancouver-based label in 2016.

Conro has also been working hard with labels outside his Monstercat affiliation, releasing his massive remix of Paris Blohm track ‘Something About You’ on Revealed Recordings, which was selected by ULTRA as the official ULTRA Miami 2016 anthem and soundtrack for the aftermovie. Conro has also seen several impressive remixes released, most notably for The Chainsmokers hit ‘All We Know’, as well as Mr. Probz and Fais ft. Afrojack, while his collaborative effort with Headhunterz ‘Unique’ has amassed over 2.5 million plays on Spotify. Keep an eye out for further team ups with DallasK and Virtu in the not-so-distant future.

On top of his stellar work in the studio, Conro has also been treating fans to his DJ skills with sets including the Monstercat label showcase and STMPD show at ADE, as well as sets at Leading Netherlands station Slam and sharing his talents at the Revealed Recordings masterclass at ADE.

The future certainly looks bright for Conro, with a musical ability and a knack for kicking out top-notch productions, bettered only by his solid drive and relentless determination to make music that matters. With a brand new EP forthcoming at the beginning of next year on Monstercat, as well as a number of other projects in the pipeline, there’s clearly going to be plenty more Conro in our lives in the near future, so keep your eyes and ears peeled for more from dance music’s next big thing.