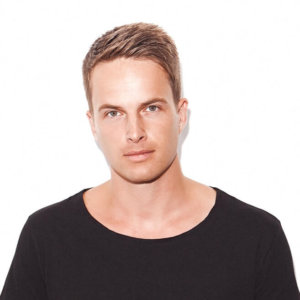 Dannic, the highly prodigious DJ and producer from Breda in the Netherlands – the hometown of Tiësto and Hardwell – is one of the hottest acts to have emerged from the new generation of Dutch artists breaking through in recent years. His phenomenal rise of 44 places to take the #30 spot in the 2014 Top 100 DJ Poll confirms to tastemakers that he is set to remain a driving force within the scene. Debuting in the 2013 edition of the Top 100 DJs Poll at #74, forcing his way to the forefront of the booming electronic scene, Dannic has managed to cast off previous associations and step forward as a respected artist in his own right, repeatedly blowing away fans with a slew of sensational releases, collaborations and of course, titanic DJ shows.

Daan Romers (in real life) won the Dancetour DJ contest in 2009 and a slot playing his productions to an audience of 10,000 people. Having started out as a DJ 10 years ago Dannic earned his stripes the old fashioned way, playing bars and small clubs, honing his craft. As Dannic says “It’s funny because a lot of people know me as a producer but I like to see myself as a DJ who started producing”.It was only when he wanted to set himself apart from other DJs that he began experimenting with production and creating mash-ups to add something special

Dannic has repeatedly demonstrated to colossal audiences, whilst on tour, his skills and tight technique as a DJ. His ability to read the crowd shone through proving he can mix it with the world’s best, as he delivered sets varying from peak time madness to low slung, sexy, funky grooves. With the pinnacle of the tour being a main stage set at Electric Daisy Carnival Las Vegas, Dannic has undeniably joined the upper echelons of the dance music scene. This unrelenting schedule has been interspersed with dates across the globe and appearances at the summer’s hottest festivals including spell binding sets at Electric Zoo, Ultra Music Festival, Electric Daisy Carnival, Tomorrowland, Mysteryland, Dance Valley and TomorrowWorld.

As 2014 kicked off, Dannic returned to Revealed Recordings, where he released his first record just a few short years ago, to lay down his first release on the label since mid-2013. ‘Lion’ carries Dannics distinctive musical fingerprint throughout its raucous build up and breakdowns. Yet again Dannic is showing his ability at finely tuning his tracks to make them perfect for the dancefloor. Following on from ‘Blueprint’, this record seems certain to be a mainstay in sets from the scenes leading DJs for the foreseeable future. Releasing his first vocal track ‘Dear Life’, on Revealed Recordings, at this time made it an instant fan favourite. Featuring the haunting vocals off amed EDM vocalists Bright Lights, Dannic had created something which created the ideal synergy between himself and his fans, club focused the track brings instant energy to any party. Followed quickly by his and Dyro’s highly anticipated co-production, which took its name from their Miami party, Radical was a highlight of their now infamous B2B2B set with Hardwell at Ultra Music Festival. His most recent release, Zenith, the follow up to his first vocal track with Bright Lights, has again surpassed expectations and was one of the most sought after tracks on the recent Hardwell Presents Revealed Vol.5 compilation.

Throughout the first half of 2014 Dannic spread his wings as a fully-fledged touring DJ. Now a mainstay on the biggest festival stages the world over, as well as having just confirmed his first residency in Las Vegas at super club The Light, Dannic has matured on not only the dancefloor circuit but with his fanbase too – a base which currently sees him having almost 200k followers on Twitter andover 700k ‘Likes’ on Facebook. With a hugely successful WMC behind him, where he laid down a marker performing at Hardwell PresentsRevealed at Mansion, co-hosting his own party alongside long time friend and label mate Dyro, as well as performing an exclusiveMixmag MixLab broadcast from their Miami office, Dannic then went onto take summer 2014 by storm.

So far the year has seen Dannic wow audiences playing epic sets on the main stage of Digital Dreams in Canada, Tomorrowland inBelgium, Creamfields inthe UK, Sunset Music Festival in US, Escapade Music Festival in Canada, Paradiso Festival in the US,Electric Love festival in Salzburg, Sunrise Festival in Poland, Veld Music Festival in Toronto, Chasing Summer festival in Calgaryand an epic, home coming, show at the worlds oldest electronic music festival Mysteryland. Moreover his B2B show with Dyro at EDC Las Vegas had a capacity crowd going crazy from start-to-finish, whilst his sets at Ushuaia Ibiza across the summer as part of theRevealed Recordings residency and the I AM HARDWELL Ibiza editions ensured a new audience left the island with the name Dannic firmly placed in their hearts and minds.