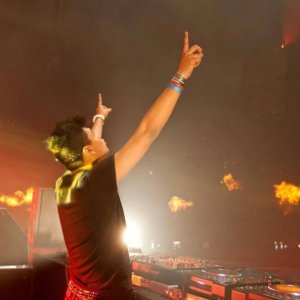 Transcending the limitations of traditional Dance music, speeding to the top as one of the scene’s most promising artists, and following up on infectious tunes with even more impressive records faster than you can say “Marvelous Music”;
We present you: KhoMha.

His productions transcend the traditional dance music divisions and have been taken to another level including his track “Hydra’’ making it to the big screen as his first soundtrack of Hollywood’s movie “Wild Card’’ in 2015 and also releasing his latest E.P called ‘’El Malo’’ which reached the number 2 position on the Top album sales on beatport.

The young Colombian been turning awe-inspiring Armin van Buuren originals (e.g. ‘Hystereo’, ‘The Expedition’) into monstrous stormers since the start of 2013, reeling in the support and frantically held breaths of an extensive selection of renowned DJs alongside ever-increasing numbers of clued-up clubbers.

With thrilling dancefloor-destroyers such as ‘Asylum’, ‘The Dark Knight’, and ‘Dusk Riddles’ raging over the festival grounds of Tomorrowland, Ultra, Global Gathering, A State Of Trance, and many more, the high-octane sounds of KhoMha are the ones of an EDM star in the making. It’s Colombian captivation at its finest. This is KhoMha!