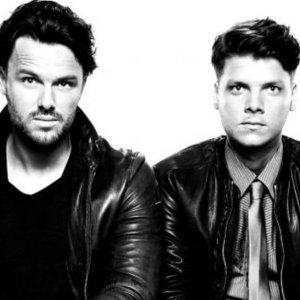 Stephan and Victor’s parents forced them to learn to play an instrument during their childhood, so they learned to play the piano at age 7. They grew up in several countries, where they grew to appreciate musical influences from different cultures. At a later age, Victor began experimenting with electronic music, using different computer programs. After seeing his younger brother producing, Steve became interested, and the two decided to team up as a group.

In 2012, DubVision collaborated with Project 46 on the song “You & I”, which they released on Spinnin’ Records. That same year, they also made their debut on Axtone Records with their rendition of “Committed To Sparkle Motion” by Discopolis They released “Redux” through Spinnin’ to start off 2013, and, later that year, also made their debut on Doorn Records with their track “Into the Light”, in which they collaborated with Sander van Doorn. In 2014, they released “Backlash” on Spinnin’ Records, which marked their first Beatport #1 overall chart track. DubVision also performed at the 2014 edition of the Tomorrowland (festival) for the first time in Belgium. They then remixed “Gold Skies” by Sander van Doorn and Martin Garrix for their next release on Spinnin’ Records. They collaborated with Feenixpawl for “Destination”, their sophomore track on Axtone, for their next release. For their final track of the year, they put out the single “Turn It Around,” through Spinnin’ Records as well.