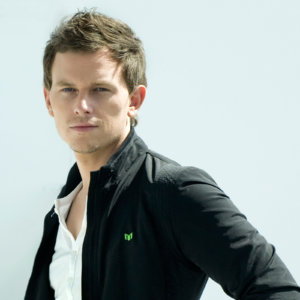 Enjoying artistic freedom afforded only an elite few, Fedde Le Grand is a masterful pioneer of electronica, considered by countless fans and artists as one of the single most defining figures in house music. Whether as DJ or producer, Fedde’s influence can be felt throughout the electronic landscape; his creative beats, grooves, melodies and rhythms surround us.

Back in 2006, it was the seminal electro track ‘Put Your Hands Up For Detroit’ that not only brought Le Grand to global attention, but breathed fresh life into a stagnant house scene. Dubbed by many as the “Saviour of House”, it soon became evident that the Dutchman was no one-trick pony. Amongst others, tracks like ‘Let Me Think About It’, ‘Control Room’, ‘Sparks’, his remixes of Coldplay’s ‘Paradise’ and EBTG’s ‘Missing’, ‘The Creeps’, ‘So Much Love’, ‘Metrum’, ‘Autosave’, ‘Back & Forth’, ‘RAW’ and lastly his amazing remix for Nikki Williams’ ‘Glowing’ have established him as one of the most exciting and consistent talents around, demonstrating his effortless ability to move seamlessly between huge mainstream success and edgier, underground sounds. His 2009 debut artist album ‘Output’ was released in an incredible 64 countries worldwide, establishing him as one of the foremost creative forces in electronic music, while 2011 saw him accomplish a record-breaking 5 Beatport #1 tracks – including his reworking of ‘Paradise’ which earned him an opening set for Chris Martin’s super-band in Madrid. Increasingly in demand for his remix skills, Fedde’s talents have been called upon by a host of musical superstars, including Madonna, Coldplay and Robbie Williams to Will.i.am, Moby and Fatboy Slim.

Not only indulging in his own perfectionist musical tendencies, Fedde also nurtures new talent through his Flamingo imprint, using his years of hard-earned experience to push them towards superstardom. Nicky Romero, Deniz Koyu and Danny Avila are just some of the fledging talents that Fedde has already helped explode into the mainstream, and 2013 looks set to continue the trend with unknown artists set to breakthrough under Fedde’s guiding hand.

Outside of the studio and around the globe hundreds of thousands have witnessed show-stopping live sets that explode with ingenuity and originality. Huge performances across continents are par for the course for Le Grand, with the likes of Coachella, Exit Festival, Global Gathering, Electric Zoo, Mysteryland, Tomorrowland, Electric Daisy Carnival, Future Music and many more firmly under his belt. His residency at London’s Ministry of Sound has become renowned as a world-class showcase of electro and house, continually selling out to roadblock crowds; his set at Ultra Music Festival 2012 was widely hailed as the best across the mammoth weekend, and to add a final much-lauded feather to his already crammed cap, he holds the coveted position as global headline resident for the jaw-dropping Sensation parties.

In 2012 Fedde announced the expansion of his critically-acclaimed Dark Light Sessions radio show from its birthplace in the US on broadcasting behemoth SiriusXM to stations across the planet, with countries as far spread as Brazil, Australia, Germany, New Zealand, Poland, Romania, Russia and more now receiving his blistering 60 minute mix on a weekly basis, earning the Dutchman an increasing hold on major dance music markets around the world.

Yet through all the success – the international chart-topping heights and global DJ fame – Fedde’s focus is simply fixed on making and playing great tracks. His dedication to music and his unwavering passion for the dancefloor continue to make him an intrinsic and dominant part of the ever-evolving electronic scene. A touchstone, an inspiration and a pioneer; he is definitive, he is essential, he is house music at its finest. He is Fedde Le Grand.