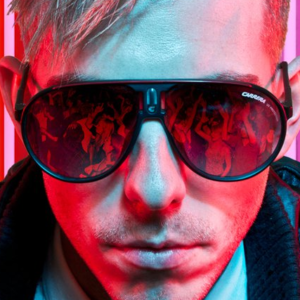 As a talented Producer/DJ Filthy Rich’s innovative sound has made him undeniably one of the country’s finest DJs today. A promising figure looming out from the crowd, Rich is the complete package. Effortlessly leaving his contemporaries behind, he leaps and bounds into a league of his own laughing to himself as he does it. This is because Rich knows the secret to getting this far – is playing music that he loves, for people to dance to.

Without dictating to the crowd, Rich has become popular with everyone from the techno train-spotter, to the handbag honey through his envy-inducing music. His tight mixes and twisted sounds mean nothing is ever a disappointment. Flying between everything from sleazy tech-house, to dirty minimal, to irresistible electro with an old classic thrown in just because he can, Rich delivers such perfection it hurts. Springing from his early dreams of dance music via a backstreet upbringing of filth, Rich has clawed his way to the top, earning such prestigious residencies as the international Kissdafunk, the glamorous Hat Club to the dark and dirty Very Very Wrong Indeed. He has now smashed it home with bi-monthly dates at Ministry of Sound, proving he has the ability to top his cake with more than one shiny sweet cherry.

Filthy Rich fame is quickly spreading around the world, in the last year his international dates have included such far-flung destinations as Dubai, Shanghai, Russia, Serbia, Sth Korea, Manilla and Bahrain, to name a few plus regular appearances at Alter Ego in Italy, MOS in Ukraine and of course not forgetting old friend Ibiza. In the not too distant future he will be assaulting the ears of those in South America when he embarks on a 2 wk tour & the beginning of summer 08 sees him on his 3rd tour of Australia, taking in Sydney, Perth, Brisbane, Melbourne and platinum gold coast to name a few.

Documenting his talent, he has laid down a discography of over 50 productions and remixes. In addition to being played on Radio One and gaining support from the likes of Steve Lawler, Tiesto and Carl Cox, he has also completed successful remixes for the likes of Sidney Samson, Dave Armstrong and Seamus Haji. With more production work than he knows what to do with, he has also found the time and determination to start building his own empire, Control Freq records. Rich will use this as a springboard for homegrown talent, as well as releasing his own productions.

Recent tracks destroying dance floors include Rich’s huge remix of Inhaler track “Something About You” featuring Christian Burns, as well as his own take on “The Sound” by Control One and “Your Mind is Twisted” from Roog & Greg. A similar offering is Rich’s hit Full Metal Jacket remix of “I’m a Soldier” from Roman Curtis.

Forthcoming releases on his own label to watch out for are Nu Breed EP1 and collaborations with Rob Tissera, James Fitch and Ed Kane. Follow up single to Inhaler will arrive in the shape of a Filthy Rich Vs rave-heads Altern 8. Future remixes include his Lost in Space remix of “Take Me With You” by Digital Enemy Vs Prok & Fitch and his Copse Shell remix of “Imagination” from James Doman.

The future can only hold more tempting offerings from this boy with his thirst for new music and undoubtedly many more tricks up his sleeve. Rich gains strength from his diversity and will keep on giving and giving until the crowd is screaming for mercy. If this is what Britain has to offer, there is no competition. With not a spare date in sight for the next 6mnths one thing is clear…there are no rules and the future is FILTHY.