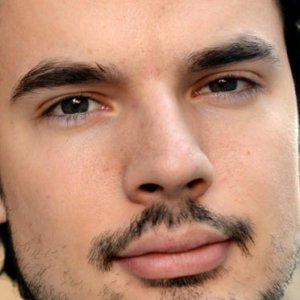 Funkin Matt is an 24 year old producer & DJ from Norway. He’s the A&R for Fjordin Records, a label he runs in collaboration with Gregor Salto.
When 12 years old he got a visit from his bestfriend who had a copy of a simple music editor, they started out making music in the bedroom, and later picked up a copy of Propellerheads Reason 1.0. Then at the age of 16 he got his first record deal with a UK label, this really inspired him and eventually led to more and more releases on small independent labels.
He got his first breakthrough in the start of 2007 when he got in touch with Sidney Samson, which started to play his tracks regularly, with tracks like “Hit Me” and “Shake It Dont Break It”, and later signed him to his own label Samsobeats. As a producer for Samsobeats he released new EPs regulary with his own signature style. At the same time he got in touch with Sidney’s partner in crime Gregor Salto, and got to remix a couple of Gregor’s tracks for his label G-Rex. This included the remix of Bouncing Harbour that went to be a big club hit, and was one of the tracks to help form the dutch sound of 2007.
In addition he’s done remix work for labels like Spinnin, Ultra, Secure, Sound Pellegrino, No Brainer etc. Through the latest years he’s played in clubs like Escape (Amsterdam), Showcase (Paris), Patronaat (Haarlem), Maassilo (Rotterdam) and festivals like Extrema Outdoor (Oslo) and Sommeroya (Oslo).
In the start of 2010 he started planning out the possibilities of his own label with Gregor Salto, and by the end of 2010 Fjordin was born. He’s gained major support from DJ’s like Laidback Luke, Sidney Samson, Chuckie, Gregor Salto, John Dahlback, Teki Latex, Brodinski, Albin Myers, Stonebridge, Malente, Ron Carroll, Bart B More & Roog to name a few. In addition his tracks are being played on many big radiochannels like BBC1(UK), Slam FM(NL), StuBru(BE) & P3(NO).