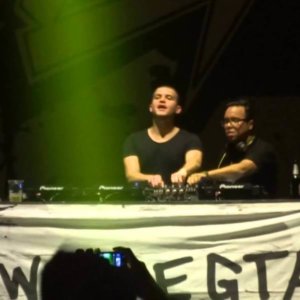 GTA (acronym of “Good Times Ahead”) are an electronic music duo from Miami consisting of house, electro house, trap music and hip hop producers Julio Mejia (born December 8, 1990) and Matt Toth (born August 22, 1990).[1] After releasing music with the support of Laidback Luke in 2011, the duo caught the attention of Diplo, who featured them on his 2012 “Express Yourself” which was written by their cousin Joel santillan.GTA has released music on labels such as Warner Bros., A-Trak’s Fool’s Gold, Laidback Luke’s MixMash, Steve Angello’s SIZE, Diplo’s Mad Decent and more.[2] They’ve toured the globe with Rihanna on her 2013 Diamonds World Tour, with Calvin Harris & Tiësto on their Greater Than World Tour, and have headlined their own Death To Genres Tour and Goons Take America Tours.

Beyond their partnership as GTA, Julio and Matt have each produced music individually. Under solo aliases known as JWLS and Van Toth, respectively, both have released original productions and remixes. Julio’s individual work as JWLS, includes remixes for A-Trak, Danny Brown and others.[3] Matt’s solo work as Van Toth includes remixes for Gina Turner.