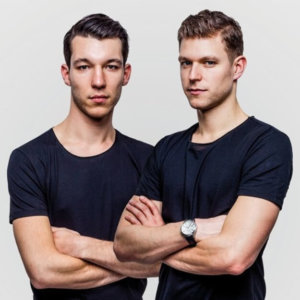 Oscar Loomans and Bart Jaspers both have a passion for electronic music and had already been producing for several years individually. After a number of successful production sessions, and because of their mutual interest and love for progressive and electro house music, they decided to pursue their dreams and form the production and DJ duo ‘Holl & Rush’.

Holl & Rush, pronounced Hollandrush, have devoted their partnership to creating unique electro and bigroom house sounds with a distinctive groove.

Holl & Rush made a bootleg of Fedde le Grand’s & Di-Rect’s ‘Where we belong’ in 2013, which Nicky Romero chose to play in his ‘Protocol Radio’ show. When Fedde’s eye was caught by this popular remake, he requested the track to be an official remix. They continued working on their originals and this resulted in several releases on Big & Dirty and Ferry Corsten’s ‘Flashover Recordings’.

In 2014, Fedde le Grand showed more of his support signing ‘Stringer’ and ‘Napoleon’ to his globally renowned label Flamingo Recordings. On top of this, their collab ‘Nemesis’ with talent Robin Riccio was released on Nicky Romero’s Protocol Recordings. With their tracks being played in the biggest dance radio shows in the world and at events by the most popular DJ’s in the world, Holl & Rush have gained support by artists such as Hardwell, Tiesto, Fedde le Grand, W&W, Nicky Romero, Blasterjaxx, Deorro, R3hab, MAKJ, Afrojack, Deorro and Bassjackers.

Holl & Rush have been DJ-ing in their hometown Rotterdam since 2013, and have worked their way up to several residencies throughout the country. With their quality releases, support and ‘Napoleon’ reaching the top 10 position on Beatport, their value is discovered by music lovers all over the world. This has resulted in performance requests throughout Europe, and after playing in Ireland and Italy, they are setting new goals for their high energy DJ act. With decisions to make and sounds to develop, global success seems imminent for Holl & Rush.