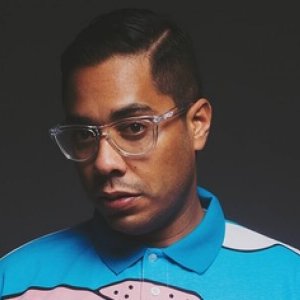 Youngster Jeremaine S, born on the 14th of February ’80 in the city of Rotterdam started collecting records and playing uk garage and speedgarage in the year 2000.

Almost immediately he started developing a wider musical interest and developed his unique style adding hiphop , house and classics to his set. His fabulous mixing skills allowed him to play many styles in one set bringing a unique vibe to the crowd of Bar P, his first residency.

Jeremaine gained popularity rapidly and soon started up his first succesfull party concept called “fris” (fresh). He caught the attention of the well respected party promotor “Urban Groovezz” who asked him to play at Pacha in Rotterdam.

At this moment he is the resident and programmer of Ted Langenbach’s Now-Wow, Rotterdams most popular Superclub. Dedicated to bring his unique eclectic style across, Jeremaine S is also a resident at the Starz, Flirt and Lolita Klup parties.

Jeremaine S, with his fabulous mixing skills, is by far the best kept secret of the new eclectic sound and soon you will be hearing him everywhere!

Keep an eye on this young lad.

He’s now holding residencies @ jimmy woo, panama, off corso, zebra, sinners now en wow, thalia,players. and he played at clubs like el divino, sunseabar ibiza, mambo curacao, malasia valthorens, festivals like innercity and luxurush and so on and so on…