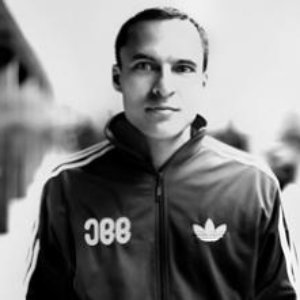 Jerome Isma-Ae, born in Munich with Thai-roots, is an out-and out musician. He visited a musical elementary school and composed very early melodies on the piano. Later he played in a heavy metal band at his school as the bassist.

His first tracks were released in 1994 (“Under 100Hz”) on the techno-cult label Delirium. He played his first live-act in the same year at a rave, alongside legendary producers and DJ-Team Masters at Work. With his performance as a live-act he also began DJing.

Jerome has already released almost 100 productions of his own and remixed quite a few artists from all over the world. He was the first German to produce tracks for the US-cult label Strictly Rhythm (as Future Funk with Marcel Krieg). He released tracks on many underground labels such as Armada, Baroque, Hope and his own label Jee-Productions. His productions can also be found on major labels such as Universal, Ministry of Sound UK and Sony (usually on compilation albums).

In 2001 he wrote his first movie soundtrack for “100 Pro” (A German movie directed by Simon Verhoeven).

In 2002 he remixed “Nightcrawlers’ Push The Feeling On”, which reached Number 1 on the U.S. Billboard Dance Charts. His remix of JCA’s “Someday” (2004) also reached number 1 on Beatport, the biggest Download Portal for dance music.

With the founding of his own label Jee Productions in 2005, he defined himself as a new artist – with enormous success: Jee Productions represents an internationally appreciated and distinctive Progressive Tribal sound.

2007 has been his most successful producing year. Each of his productions reached the Top 20, most of them Top 10, at Beatport (eg “Phantom” (Jee), the remix of “Enjoy the Silence” or “fivefivezero” with his project Moldan & Isma-Ae on Nick Warren’s Label Hope Recordings.

He gets massive support from big names such as:

In 2008 he remixed Harada & Moldans “Fortune Cookie”, which will be released soon and is already presumed to be a hot insider tip. This track has been played by Tiesto in his radioshow Clublife

Also the co-operation with Tom Novy was procreative with common remixes for Stereoproductions, Armada and Joia.

Jerome is well known for his energetic and propulsive DJ-sets and productions and is booked all over the world.