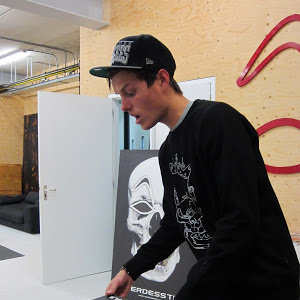 Ever since he was a young kid, Casper Wakkee had a deeply rooted love for music that set him on a course that would eventually lead to the birth of Jimmy Carris. The name was chosen as a tribute to his grandfather who taught him the values and principles of life.

Raised in Amsterdam, Jimmy started saving for his first set of turntables at the age of twelve.
It wasn’t too long after that the dutchman made the transition from his bedroom to the Amsterdam club scene. Soon after, it was just a small step to go national as well where he played some of the biggest festivals in the EDM scene such as Beatloverz, Dance Valley and Mysteryland.

As a producer he is gifted as well. At the moment, Jimmy is working on some big remixes and his first two releases coming out very soon on Ultra Records where he recently signed a deal!

Currently, Jimmy still lives in Amsterdam but his career is about to take off internationally as he already toured in the US where he played venues in NYC such as Pacha and Lavo and Blue Marlin in Ibiza just to name a few.