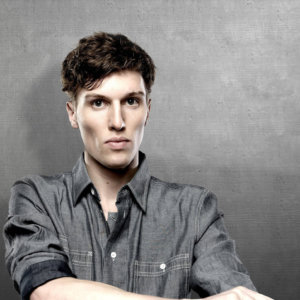 A multi-talent that is respected in the music industry for his unique sound. With more than 50 releases over the past 5 years on world’s biggest music labels, he is a musical Munster. Besides collaborating with the best dj/producers in the world, he now brings his sound overseas with his own energetic dj sets!

Joeysuki, born in 1988, is a Dj/producer creating his own sound from the age of 15. In 2008 he made is debut on the famous Dutch label ‘Sneakerz’, which got big support from dj’s such as Laidback Luke and Sidney Samson.

Joeysuki wanted more. He invested in professional studio equipment and started to create his own sound. After many hours in the studio his first record got signed by a music label. The following years he polished his productions into a clear unique sound which got released on major international labels like Spinnin’- and Toolroom records.
His sound didn’t stay unknown for long. Many respected international dj’s like Tiesto, Hardwell and Swedish House Mafia started supporting his tracks.

With a busy schedule in the Netherlands, Joeysuki got his first international tour in 2010. South Africa invited him for a two weeks club tour in Johannesburg, Port Elisabeth and Durban. With the first successful tour done he was ready for more. In the following years more international gigs were confirmed in countries like Indonesia, Switzerland, France, Bulgaria, Belgium and Germany.

Nowadays Joeysuki is working on getting his sound around the globe. With the ambition of international tours around the world he’s taking things to the next level.