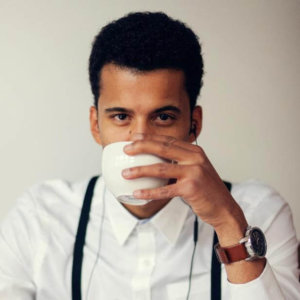 Joshua Walter boeken: Joshua Walter started his musical journey in 1981, born in a house in Holland literally surrounded by records. Disco ruled the world back then, and very soon a young Joshua was finding an instant attraction to various types of music. His formative years were inspired by classic artists such as Earth, Wind & Fire, Betty Wright, Michael Jackson, George Benson, Prince and many more. Little did the boy know back then how music would shape his life in the future.

Fast forward a few years into adult life and Joshua discovers house music. The leaders of the new school are doing the inspiring this time: DJs such as Ben Liebrand, Jazzy Jeff, Roger Sanchez and DJ Roog. Joshua becomes fascinated by the fact that spinning records is a true art form in its own right. Ever-curious and willing to learn, Joshua set out to master the craft. After long hours of (re)mixing, editing and spinning the wheels of steel, Joshua decided to venture out into clubland.

It should be noted at this point that Joshua is one of those DJs that has the ability to surprise even the most experienced music follower. His extremely eclectic style means you never exactly know what to expect. He constantly takes you on an energetic musical journey and consistently provides you with the best old school tracks blended in with the hottest tunes of the moment. His unique sets are filled with soul classics, discofied house, funky urban tracks and exclusive edits laced together with a special selection of breathtaking acapellas chopped up and delivered to devasting effect. Seeing, and hearing, really is believing.

Joshua took the Dutch club scene by storm relatively quickly, soon landing a slew of gigs at Panama, Supperclub, MatriXX, Hotel Arena, Mansion, Monza, Now & Wow and many other top clubs in his native Holland. He is proving to be one of the countries upcoming talents. The ever-busy DJ also manages to hold down residencies at Jimmy Woo (Woohoo / HushHush), Rex, Musk, Square, Escape, BC Republiek even one internationally, at Shôko in Barcelona, Spain.

This versatile DJ is not limited to club gigs, however. He has also played huge-scale events such as Queensnight and day in Utrecht for a crowd of 20,000 people in both 2007 and 2008. His 3 hour solo set during New Years Eve 2007 was enjoyed by more than 35,000 people on the famous Dam square in the heart of Amsterdam, which was also broadcasted on national TV and radio. He also played the Veronica Sunset Grooves party in 2008 to 10,000 people, and has played top Dutch festival Mysteryland in both 2006 and 2008.

Away from the clubs, Joshua is a talented radio producer. In 2002, he founded music production and consultancy company Engineerz of Soul. Over the years his company has consistently delivered radio productions for national and radio stations in the Netherlands (CAZ, Radio 538, Radio Veronica & TMF HitRadio.) It has also turned in productions for the MTV Mash up CD by Rob Boskamp and several other (re)mix productions. Joshua also worked on the production of Blended for Dutch national radio station CAZ in September 2006. In 2010, Joshua returns to the national airwaves with his new show “Off The Record” for Radio Decibel. Off The Record is a show unparalleled on Dutch Radio due to its eclectic selection of top tunes and the weekly delivery of exclusive mash ups.