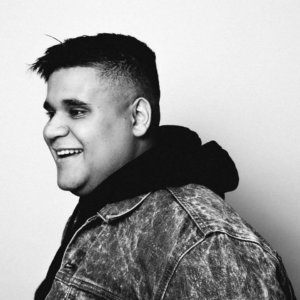 Rising star Justin Mylo, real name Emilio Justin Behr, is only 21 years old and has played at some of the biggest known venues yet. After dropping the three famous brothers – Bouncy Bob, Groovy George and Jumping Jack – no one ever doubted the talent of Justin Mylo. Since 2015, his summers are filled playing at the residential shows of Martin Garrix at Ushuaïa Ibiza. Just like Ushuaïa, Justin Mylo will attend Omnia Las Vegas for a monthly gig coming summer. After continues success, Justin Mylo signed at ACE Agency in the end of March 2017.

The honest Justin Mylo started making music at the age of 14. When he started playing at local clubs, it made him even more eager to expand his passion for music. Shortly after that his first productions came to life and it was clear he was very talented. He never doubted that music was the only thing that was going to bring him happiness in the future. And it did. He developed his very own sound and got to share it with the world in the year of 2016, by releasing tracks on labels like Spinnin’ Records and Musical Freedom.

His collaboration with Martin Garrix, Bouncy Bob, became a big dance floor banger which got support all over the world from the biggest names in the scene. This resulted in a growing fanbase all over the world. His track Jumping Jack, released on Spinnin’ Records in the summer of 2016, currently has over 1.5 million views on Youtube.

Prepare yourself for new tracks, awesome gigs and many more cool stuff. This is just the beginning.

‘It’s hard to say if I love producing or DJing more, but the connection between these two makes it complete in my opinion. Producing my own music and being able to inspire people along the way, giving people the night of their lives during shows makes me the happiest person on earth’