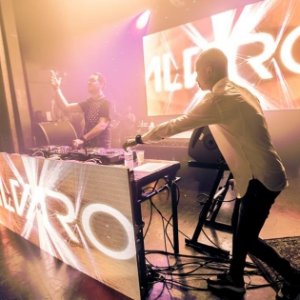 Reza Tuharea, better known as KC Jones, was infected with the musical virus at a young age. He developed to be a very versatile artist, whose also a vocalist, singer and songwriter, next to being a very successful MC.

Already at a young age, inspired by his father, KC Jones started with training his vocals and developing his skills. He started evolving more and more his own sound as a vocalist and a singer. As he grew older he came across some Masters of Ceremony, and felt this was the right way to go. All his skills as a vocalist and a singer fell together; setting the stage for KC Jones to become the MC he is today.

Nowadays KC Jones has transformed into a true MC, always infallible with his timing. He has the skill to know when to hype up the crowd, but also the impeccable understanding that sometimes it’s better to say nothing. Nothing says it better than this quote by MC Creed: “You can teach lyrics and catchy phrases. But the difficulty in finding the balance is knowing when to shut up and let the music do the talking.”

Big names in the scene, such as Alvaro, Punish, Gregor Salto, Franky Rizardo and Bakermat, picked up his talent. Soon enough KC Jones was MC’ing at many different stages all around the world. In January 2013 KC Jones and Alvaro decided to join forces. They teamed up as an act and went straight to the top ever since. Rocking stages all over the world, this team is surely heading for the stars! He took stage on events like Tomorrowland, EDC Las Vegas / New York, Beyond Wonderland, WMC poolparties & lots of other stages. He’s just warming up & he’s hungry for more!