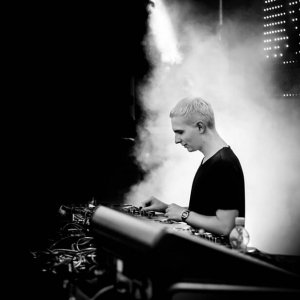 Sometimes in arts, but certainly in life and especially in the art of sound: the eye and the ear are equal partners. Talking about the young and talented KlangKuenstler, you have to add another organ of perception: the heart. Music without emotion is useless. Emotional music reminds us that we shouldn’t think about yesterday or tomorrow, what counts is solely to enjoy here and now. Music should preserve our feelings, tickle out our endorphins and – in the best case – be a joyful escapism from the hectic everyday life. Welcome to the world of KlangKuenstler!

In 2012, the 23-year-old Michael Korb choose the way from bavarian solitude to the center of hustle and bustle when he moved to germany’s capital – Berlin calling! Only a few years before, he had his first contact with electronic music. His enthusiasm was activated by his first club experience in Munich, which came along like a revelation: loud music, people are dancing, the colorful lights and smiling faces everywhere. At the age of 18 years, his passion begins to professionalize. The KlangKuenstler start digging records and was looking for new and inspiring music. No, not the common chart material thrilled him; he was seeking for fresh tunes and a home for his first productions. In 2011, he founded the label “Zuckerton Records” to release his music and give other artists with a unique style a platform for their music.

His music is warm, mellow, and soft; it embodies a cheerfulness that you can describe like the perfect match between romance and hedonism. On his first productions indicates that KlangKuenstler is a musing dreamer: His track “Freudenstraene” was a huge milestone in his young career and with two million plays on Youtube quite a success.

It is said that nature gives a man his abilities, and the happiness brings them into effect. Talking about the KlangKuenstler, we have to add his almost impressive talent. With releases on labels such as “Great Stuff” or “Stil Vor Talent”, he has created an inimitable style and his own voice, which honors his alter ego: his deep and tech house is not only in love with melodies, but passionately produced. Think of a kaleidoscope that captures a variety of different colors. Whether it’s jazz, soul, funk or his great passion for pathetic sensual strings – out of several mosaics he creates a total work of art that simply sprays a positive vibe.

Although he appears as a DJ from time to time, KlangKuenstler is first and foremost a live act, which wants to introduce his own productions in the club. Here he cannot only engage spontaneously to the particular mood of the crowd, but also arrange his own tracks in an always new and appealing way. On the Berlin based label Stil vor Talent he released his single “Barfuss auf Wolken”, which is not only a highlight of his set, but already reached more than 400.000 plays on Soundcloud. The track will also be featured on Oliver Koletzki’s “Schneeweiß Compilation II”.

It does not need a glimpse in the crystal ball to predict a promising future for KlangKuenstler. In 2014, his debut album “Das Bin Ich” will be released. The long player embodies his own compass – it indicates his origins, his current status as an emerging live act and suggests new directions he will follow. Whether epic chords, his fetish for grasping bass lines or these joyful melodies – “Das Bin Ich” is a multi-faceted, atmospheric and first and last a very emotional record. It is such a heavenly sensation to follow his heart.