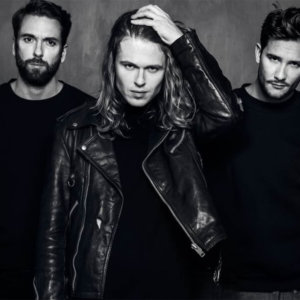 Kris Kross Amsterdam (KKA) was founded in 2011 by brothers Jordy and Sander Huisman. At the time they found that the Dutch club music scene was so focussed on techno and house that they sorely missed the music they grew up with.

As the brothers were DJs themselves for several years, they decided to organize a party called Kris Kross where they could actually play their own favorite music.

The party name was a deliberate nod to the famous rap duo that stormed the charts in the early nineties with the classic track “Jump”. From there on, due to the success of the parties, the boys started to get DJ bookings as Kris Kross in their local scene. What followed was a quick rise in popularity so they decided to keep the name Kris Kross Amsterdam as a tribute to the 90s in general.

In an attempt to unite several different musical genres that were buzzing in the Dutch dance scene, a new succesful concept was born. With an unique eclectic mix of R&B, hip-hop, twerk, trap and house from all decades the Kris Kross party developed into sold-out events at the biggest clubs in Amsterdam.

In the summer of 2014, Yuki Kempees joined the group as their MC, completing KKA as a performance and DJ collective.