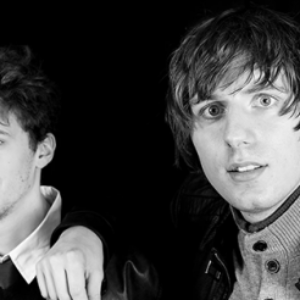 Michael and David Couderc forged the alliance that is KRONO after seeing Daft Punk live, when the brothers were just 20 and 22 years old. The spark was enough to inspire them to begin creating their own music a year later, and they began as many do, by posting their new creations online.

Support began rolling in from the blog circuit, with Indie Shuffle, Hilly Dilly, Music Ninja, Dancing Astronaut, and Your Music Radar promoting and getting behind their tunes.  It wasn’t long before DJs like Junior Sanchez and Miguel Campbell began taking notice as well, and the clock was ticking for KRONO to really become big.

Their remix of ‘Dancin’ injected deep vibes and soul into the electro-laden original, and it ended up released on Universal/Moody Records on VA – Dance Anthems (The Deep Summer Chill Edition 2013) and featured on the Hotel W compilation.

Recently, KRONO collaborated with Max Berga from the band Everywhere on ‘Eddie’, a pop/rock track with a French touch.  The single was subsequently added to the forthcoming album from the Swedish band.

With a career-defining artist album on the way, KRONO are ready for the future!