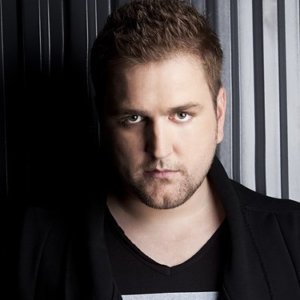 Introduction: A major force in second dawn of The Netherlands’ dance music, Leon Bolier is one of the most creative studio minds at work in the country today. Bolier has long since taken the music out of the studio and to the people. Playing hundreds of nights, and in front of hundreds of thousands of clubbers, this mission culminated in Bolier debuting on DJ Magazine’s Top 100 chart in the autumn of 2008.

Going Solo: After a number of highly successful tracks co-produced with his brother Bart under the Subsphere moniker, Leon launched his standalone production career in 2005. Over the course of the next 12 months he released a head-spinning (and possibly record-breaking) 17 tracks. In 2006 he embarked on a label relationship that is now singularly synonymous with his career. ‘Pulsar’ and ‘Solar 1′ were released through the Spinnin’ sub-label 2Play, and over the course of the next 3 years Bolier was to put out an extraordinary 20 tracks through the label.

The Turntablist: After a busy ’06 on the release front 2007 was the year he entered the DJ realm. Bolier’s innate ability to read the dancefloor and deliver damage-to-order has now become the stuff of legend. Leon fast found himself, headphones-in-hand, rocking countries as far apart as Argentina, Singapore, Mexico, Australia, UK, Egypt and Russia.

Collaborations & Remix Aliases: Aside from Subsphere, Bolier has worked under many different guises for both solo and collaborative production work. He teamed up with Menno de Jong under the name Solar Express in 2006 for the ‘Magma’/Momentum’ and latterly as ‘Bolier and Coenraad for Intuition’s ‘Mighty Ducks’ and ‘Mohawk’. He has also collaborated over the years with fellow Netherlanders including Jonas Steur, Sied van Riel and DJ Astrid and co-op’d with JOOP on ‘The Future’, which became the Trance Energy anthem in 2007.

The Debut Album: With its ‘Ocean Drive Boulevard’-forerunner setting the once-again wide-ranging tone, Bolier’s ‘Pictures’ LP captured the collective imaginations of clubbers and electronic dance lovers. Upon its release at the end of September 2008, it translated into Beatport smash and has gone on to spawn the further singles ‘Thug’, ‘XD’, ‘YE’ & ‘Acapulco’.

‘Streamlined 2009 – Buenos Aires’: Galvanized by his South American tour in the spring of the same year, he returned home to mix ‘Streamlined 2009’ – his first solo compilation. Subtitled ‘Buenos Aires’, it stands as the clearest possible representation of what makes Bolier one the most exciting, innovative Decktitions in the world today.

The Future: This 24-month-long gig marathon bore the best possible fruit when Leon was inducted into the spinning elite’s DJ Mag Top 100 DJ rundown in October 2009, going up with 32 places to a stunning #63 position! With high-profiled performances on the schedule and the new artistalbum coming up in August, you can only imagine the damage Leon Bolier will be causing in the year 2010!