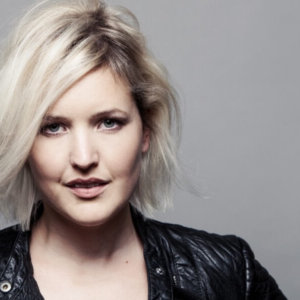 Born September 4, 1985, Dutch singer and songwriter Leonie Meijer always performed as a singer in several bands, but her big break came when she performed as part of the 2010-2011 season of The Voice of Holland, eventually coming in fourth, but it allowed her to begin a recording career. The first two records ‘Los’ (2011) and ‘Luister Maar’ (2013) were produced by Daniel Gibson, her long time writing partner. The third album “The Naked Sessions” was released in October 2015. This album was recorded live in Fendal Sound Studio’s in Holland, with a few of her closest musicians, with recording engineer Hans van Vondelen and produced by Jack Pisters and herself.

This year her new album ‘NJ 123’ will be released: her debut album on her own record label Frederick Records. Produced by Ton Snijders, Daniel Gibson and herself. For this album she traveled around the world. She followed the blues trail in the Deep South of the United States on her own, to understand more of the depth there is to blues and country music. Two of the new tracks on this record were written in Nashville, together with songwriter Sam Ashworth. But also trips to Ireland and a recording session with The City of Prague Philharmonic Orchestra in the Czech Republic, contributed to this special album. The title ‘NJ 123’ refers to the bus she took every morning from New Jersey to New York, where the artwork for the new album was created. Maybe ‘NJ 123’ is her most personal and moving record so far.