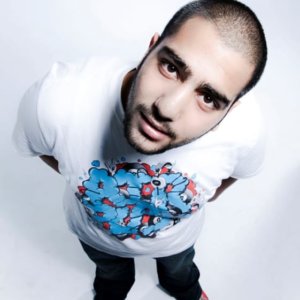 The young LOOPERS is one of the upcoming producers in the Dutch & Electro House scene. Having released over 30 tracks on world’s biggest music selling portal “Beatport”, LOOPERS is receiving major support by well-known names all over the globe such as: Tiësto, Diplo, Laidback Luke, Hardwell, Axwell, Sidney Samson, Nicky Romero & more. LOOPERS is definitely heading for the top. However, this diamond is worth more keeping it rough.

A few years ago, LOOPERS’ tracks were chosen for Laidback Luke’s top-10 chart. Laidback Luke recognized major talent in LOOPERS and directly signed him on his record label, better known as Mixmash Records. LOOPERS was now able to fire some electro rockets at the international dance scene through Mixmash. With releases on highly respected labels Cr2, Spinnin’ Records, Flamingo, Smash the House and of course MixMash, LOOPERS has shown the world how much he deserves to be up there with the leading names in the dj scene. His popular performance at Tomorrowland 2013 has been a real milestone for the young Loopers, but he’s hungry for more.

To start 2014 off with a bang, LOOPERS has made a killer remix for Showtek and Justin Prime. This new version of major Beatport hit ‘Cannonball’ with an added vocal of Matthew Koma, already has worldwide support through Spinnin’ Records. More is yet to come, as mentor Laidback Luke has given LOOPERS the opportunity to remix his and Project 46’s latest single, ‘Collide’. Despite having only 4 years of experience in the dance music scene, LOOPERS has worked with the world’s leading DJs and producers, gained success and established his name in the music scene.

Even though LOOPERS has accomplished many things in the last years, his goal is to reach out to the entire world with his music. LOOPERS is an artist with pure talent, confidence and great charisma, and has the DJ skills to get any crowd going. As pure entertainment and raw producing genius manifested in human form, LOOPERS will bring your music experience to the next level.