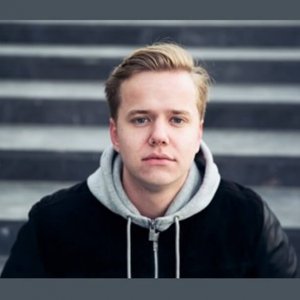 Amsterdam based house and tech house dj/producer Luuk van Dijk (‘96) started producing electronic music in 2011. Raised in Hilversum by an opera singer and a music teacher, it was inevitable that Luuk would become a musician himself.

Luuk performed at Straf_Werk, DGTL, Awakenings, Hyte, Elrow, Knee Deep, Cocoon, Amsterdam Open Air and loads of other festivals/clubs in The Netherlands. He played alongside Jamie Jones, The Martinez Brothers, Adam Beyer, Joseph Capriati, Hot Since 82, Henrik Schwarz, Eats Everything, Skream, Patrick Topping, Solardo, Noir, Route 94 to name a bunch. Besides that, he hosts his own succesful clubnight Puur. in Hilversum and Utrecht.

Luuk’s tracks have been signed with Roush Label, Food Music, Sanity, Lost Records and more imprints will follow in the upcoming months. He’s been mentioned as ‘artist-to-watch’ by Hot Since 82, Hector Couto, Eats Everything and Shadow Child.

Although he’s very young, his own productions and dj-sets are filled with sounds that take you back to the old days but are contemporary at the same time. An old soul you might call it, Luuk van Dijk has only started to show the world what he stands for musically.