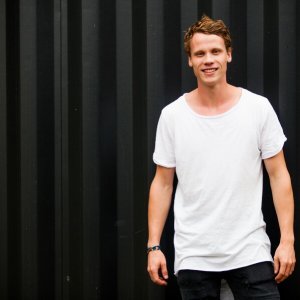 Pablo Rindt, better known as Maddix has been involved with music ever since he was born. His musical background of playing percussion, drums & piano helped him develop his newfound passion for electronic music production. After a few years of honoring his production skills and some releases on small labels, Pablo started fresh with a new name: Maddix.

In 2013, while studying at the University of the Arts Utrecht, he gained attention with his free downloads that got supported by the likes of Hardwell, Afrojack and Dimitri Vegas & Like Mike. His first official release was on Spinnin’ Records, one of the worlds biggest dance music labels. Being recognized in the scene as a young and promising talent his next big step came with the release of ‘Raise Em Up’ on Armada Trice, which got premiered by no other than Dyro in his WOLV Radio show.

On his remixes for Calvin Harris, Sick Individuals and Dannic, Maddix proved his keen ear for the intricacies of the electro-house sound, and on his own releases such as “Vortex”, “True Blood” and “Gravity” he made the community sit up and take notice with his unique and distinctive sound.

It was “Riptide” that got selected by Hardwell himself to be featured on “Hardwell presents Revealed Vol.6”, the yearly returning mix compilation. After being played all over the world, including one or two outings on the mainstage at Tomorrowland, “Riptide” got released in the summer of 2015 on Revealed Recordings. 2016 promises to be a breakthrough year for Maddix, with releases like “Ghosts”, “Voltage”, “Tumalon” & “Dirty Bassline” he continues to show his distinctive sound to the world. With his tracks being played at the biggest events by the most popular DJ’s in the world, Maddix has gained support by artists such as Hardwell, Tiesto, Martin Garrix, Afrojack, W&W, Nicky Romero, KSHMR and many more.

Now being signed by Hardwell Publishing, and playing shows all around the world, Maddix has proven that the only way is up for him.