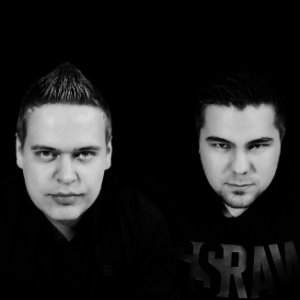 Hailing from Finland, Progressive House duo Maison & Dragen are quickly becoming recognized as a force to be reckoned with in the electronic dance world. Composed of band members Marcus Maison and Will Dragen, the duo have gained visibility for the multitude of official remixes and singles released by Armada Music over the last few years.

Their music is praised for its engaging and uplifting melodies, intensive dedication to detail and quality, and a plurality of innovative soundscapes. They have produced many well-received singles such as ‘Rio de Janeiro’, featured on the Beatport Top 10 for over 6 weeks and ‘Another Dimension’, which was regarded as a club favorite and hammered by DJ’s worldwide. Armin van Buuren often dropped their official remix of his single ‘We Are Here to Make Some Noise’.

Maison & Dragen have worked with some of the biggest names in EDM, including official remixes for Armin van Buuren, Paul Oakenfold, Martin Solveig, W&W, tyDi, and Starkillers as well as a diverse group of pop artists such as Flo Rida, Kelly Clarkson, Nadia Ali, and Kris Allen. They’ve been supported and featured by DJ’s the likes of Tiësto, Porter Robinson, Gareth Emery, Arty and Ferry Corsten.

From Finland to Singapore, Austria to Norway and throughout many other countries (one of them being the 2011 Love Is Festival in Moscow, headlining to over 10,000 people), these guys have been playing all around the world. Those numbers will soon be growing though, alongside the ever-stretching curve of Maison & Dragen’s success.

2014 will mark a turning point in their career, as the duo release their first artist album ‘Initium’. The album features collaborations with Christian Burns, Sharon Doorson, Scott McFarnon, and a host of scorching original content, including the club smash ‘Chinese New Year’. Stay tuned, and watch these guys as they prepare to take over the world.