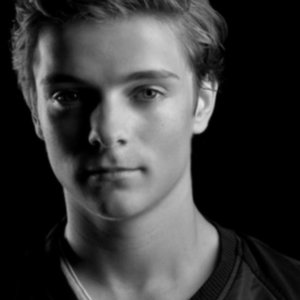 The new wave of fresh-outta-highschool EDM talent is led by just a handful of pioneers. Martin Garrix can certainly be counted as one of them. Currently being 16 years old, he is recognized as one of the most talented guys out there. He just landed his first record deal and has already been spotted in de studio with Sidney Samson and that other Dutch mega talent Julian Jordan.

His first official release ‘Keygen’ received great DJ support and ranked high in the Beatport charts. His remix of Roy Gates’ ‘Midnight Sun’ is flying up Beatport’s Progressive House chart as we speak.

In the DJ department Martin is quite the busy one too. He’s had gigs at Mysteryland and was the youngest DJ ever to play the world’s largest nightclub Privilege in Ibiza. He’s a regular guest at LMFAO’s ‘Dont Let Daddy Know’ parties and Redfoo’s ‘Sorry For Party Rocking’ club nights, where he shared the booth with Sidney Samson, Eva Simmons, Diplo and many more.

His upcoming collaboration with Julian Jordan ‘BFAM’ is currently buzzing all around the net and is set for release on November 12. Martin Garrix is very well on the way to becoming hot EDM property, so keep your eyes and ears peeled!