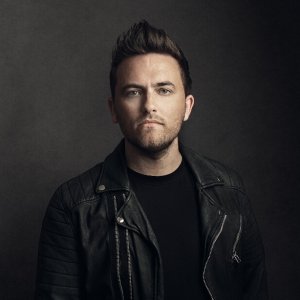 Energy and persistence conquers all things. This has certainly been the case with the UK’s Matt Nash, a DJ and producer whose passion and determination have enabled him to rise from the depths of his local London scene and forge his own place amongst the global landscape of electronic music.

Deeply immersed in London’s thriving and diverse music scene from the sheer age of fifteen, Matt has grown exponentially as a DJ and producer over the subsequent years. Self-assured and driven from the very start, he has applied a keen ear and thirst for self-development to those around him, in order to grow and mature as an artist. This hard work has spawned an artist who today, now based in Amsterdam, is both a standout DJ and highly adept producer. Behind the decks, Matt Nash is a natural performer who effortlessly utilizes his encyclopedic knowledge of house music to strengthen an already innate connection with his audience, and to light up the atmosphere at events such as the Revealed stage at Creamfields and Ushuaia in Ibiza. In the studio, he combines a remarkable ear for melodies and harmonies with an instinctive ability to infuse his music with the sheer energy, personality and attitude that has come to drive his career.

His tracks have made fast inroads into the electronic music culture, courtesy of releases on a plethora of reputable dance music mainstays. Residing on Axwell’s venerable Axtone imprint to Hardwell’s Revealed and Steve Angello’s Size Records, Matt has probed every production style from the deeper ends of dance music all the way to mainroom heaters, all the while keeping true to the Matt Nash sound his fans have come to love. Highlights so far include his timeless hit ‘Starlight’ with Don Diablo released on Axtone, and the impressive ‘Know My Love’ on Tiesto’s Musical Freedom imprint.

Further success looks to follow for the young producer, who is a current favorite of dance music heavyweights such as Steve Angello and Tiesto, to name a few. With releases like ‘Louder’ with AN21, ‘Fire Higher’ with Sebjak, and ‘Pressure’ with Promise Land residing in almost every festival and club set by DJ’s worldwide in addition to radio airwaves, Matt is in a league of his own, dominating one beat to the next. The coming days are your cue to tune into the future of dance music, the electric Matt Nash.