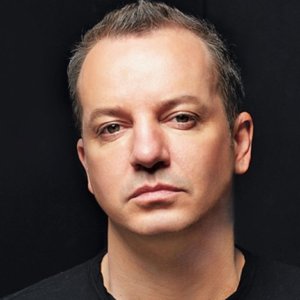 Max Graham needs no introduction, with trance hits like ‘Sun in the Winter’ and ‘The Evil ID’. His legendary DJ sets prove that he knows how to make, play, and find special records that get the dance floor moving.

After returning to the scene in 2010, Max released the first artist album of his career entitled ‘RADIO’. This album spawned such hits as ‘Sun in the Winter’ (feat. Neev Kennedy) and ‘Nothing Else Matters’ (feat. Ana Criado), both strongly supported by Markus Schulz and Armin van Buuren among other top-tier DJs. To further this massive year, Max released Volume 2 of his successful ‘Cycles’ compilation series, delivering a double CD of perfectly programmed melody, energy and emotion backed up by the newest addition to Di.fm’s Progressive Station entitled ‘Cycles Radio’.

2011 saw this momentum continue with ‘So Caught Up’ (feat Neev Kennedy) which was a mainstay on all the major radio shows as well as a Top Ten seller on Beatport. His late-night stormer ‘F.Y.C’ showed that even with more sensitive vocals, he can still make a banger. 2012 saw the continued growth of his record label ‘Rebrand Records’ (which developed into ‘Rebrand On Tour’) as well as the increasing popularity of his radio show ‘Cycles Radio’ with thousands of downloads each week and multiple trending topics on twitter. In the studio, he also continued the Vocal hit parade with a collaboration with star vocalist Susana entitled ‘Down to Nothing’ and Trance Top 10 single ‘Still There’s You’ with ‘Jeza.

2013 was Max’s biggest year to date. Along with the release of the ‘Cycles 4’ double CD and subsequent tour, he had another Beatport Top 10 with the club hit ‘Where You Are’ featuring Alana Aldea as well as a lovely summer dance track with Tania Zygar entitled ‘Diamonds’ that broke the record for listens on Max’s SoundCloud page. In the summer of 2013, Max released his biggest record in recent memory: ‘The Evil ID’. This anthem has been supported by van Buuren, Schulz, Corsten, van Dyk, Tyas, O’Callaghan (just to name a few) and hit Beatport’s chart at #2 and stayed in the Top 100 for an astounding 10 weeks.

Cycles Radio celebrated its 100th Episode in March 2013 with a live broadcast that trended worldwide three minutes into the show. 2014 is going to be even bigger. ‘Cycles 5’ was released in January, with a US/Canada tour in February and March. He is also looking to take his DJing to another level with even more ‘Open to Close’ events around the world, consisting of a 5 hour minimum set length.

Even though Max is considered a ‘Trance’ DJ, he is never one to stick to a single style of music, which he showed in a recent ‘Open to Close’ set in New York City. He twisted though over six hours of Trance, Techno, House, Deep House, Tech House and Classics. Max always follows his own path of finding great tracks from a wide variety of genres. On his radio show or at one of his sets, you’ll hear House, Trance, Progressive and Techno, but if you let go and trust the DJ, you’ll have the night of your life.