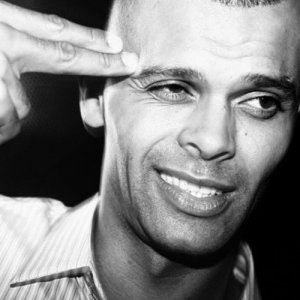 At the age of 20 MC Gee decided to move to Tenerife and work in the clubs there where the UK house and garage scene was massive. There he excelled performing with DJs like EZ, Luck and MC Neat, Spoony (Dream Team). He also did some tracks with some producers from Italy (Triple X).

After 4 years Gee returned back to England to chill, spend time with his family and try to pursue a career in professional football where he played for 1 season for 2nd division Wycombe Wanderers. Due to injury Lee (MC Gee) started working again in the music industry.

MC Gee fancied a new challenge and decided that he was going to try the Netherlands, 2 years ago he had his first gig in Eindhoven where he was spotted by DJ Yamani who had all the connections MC Gee needed. It wasnt very long before everybody was talking about this new MC from England who was ripping up the house, garage and drum n bass scene in Holland. In this short time he has been moving towards being 1 of the top MCs in the country, performing at Amsterdam clubs and parties like Paradiso, Salsa Lounge,In Bed@Hotel Arena, the More, Loveboat2, Rush, Sundae, Chemistry@Escape, 020, Milky Way, Sneakerz@Panama, Ambassador@Amsterdam Arena, Luxurush@Heineken Music Hall and in other cities Vasquesz, Urban Town @ Nighttown, Hufters@Now-Wow, Storm, Poema, Tivoli, The Rechter, Extrema (art of scilence), Mezzo, Nightlive plus many more clubs in Belgium, Germany and Poland.

Gee has also worked last summer at great outdoor events such as Mysteryland, Dance Valley, Latin Village and Fast Forward (Rotterdam), and has also been in the studio with DJs Erick E, Roog, Fedde le Grand plus many more. The first track by MC Gee made in the Netherlands was released by ID&T and made it into the Sensation Black CD, which is the top selling trance compilation album in the country. Most popular co operations are together with Fedde le Grand such as “Hands up for Detroit” (Ministry of Sound / CR2) and “Just Trippin” (Toolroom). Last year MC Gee put his vocals on a Play Station 2 game called Cyclone Circus which was released in July 2005. In 2006 Mc Gee has been very active on the club circuit performing at some of Hollands biggest in- outdoor events like Sensation and Extrema to name a few. Besides this MC Gee is the resident mc of popular concept parties such as Sneakerz and Housequake. MC Gee has become one of Hollands most top MCs with residencies in every major city in the Netherlands, so watch out for MC Gee setting the place on fire at a club near you…