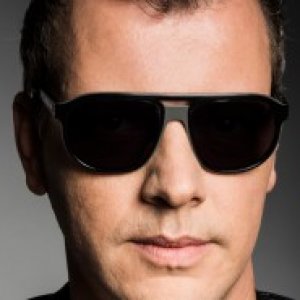 MC Haits (Peter Haitsma) is a regular host for big names like Sander van Doorn and Sunnery James & Ryan Marciano and big events like Pacha Festival and Sunburn India. Over the past years he has performed with a large number of DJs and music labels. He is well known for his dedication to the music, and he is one of the most talented Masters of Ceremonies around.

Born and raised in the Netherlands, his passion for house music started in Club XO in Haarlem where Gregor Salto and Georgio Schultz (G-rex label) were regular performers. Soon he was given an opportunity to host for Georgio in this club. Peter rocked the crowd and MC Haits was born.

His talent was noticed by others. In 2008 he hosted at Eye of the Future where he met DJ Marnix, founder of Loveland events. Impressed by MC Haits’ performance he offered him to perform at the next Loveland festival with artists as Tiefschwarz, Remy and Aril Brikha. From that moment the career of MC Haits went uphill. That same year he was a the host for Hed Kandi at the Amsterdam Dance Event. In 2010 he was one of the hosts at the Hed Kandi 10 Year Worldwide Anniversary Party.

His growing popularity earned him more and more gigs. Other highlights of the past few years included working with HouseQuake (Roog and Erick E), Laidback Luke’s Super You and Me. He hosted Roger Sanchez’s Stealth Records Nights, Doorn Records Label Night and Sexy by Nature (SJRM) at the Amsterdam Dance Event.

MC Haits is the preferred host in the house music scene. His interaction with the crowd and his sense of timing makes him a well-loved performer.

In 2011 he was asked by Sunnery James and Ryan Marciano to team up with them. Together they performed at Tomorrowland in Belgium, followed by Radio 538’s Turn Up the Beach and at Loveland Festival. MC Haits also worked with them at Bloomingdale Beachclub, ADE, Dreamfields, the Vrij Festival featuring Goldfish and Bookashade, and at Space Ibiza during the famous night BE.