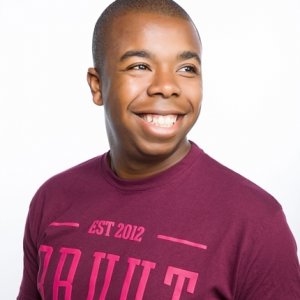 Mc Iceman started his work in 2002 as an mc for the dj-team Mixmasters ( in that time in cooperation with Ebon-E).During a gig in a club in Castricum, The millennium, Iceman got offered a residency by the owner of the club.In the years he worked there he was often asked for private parties, one of which by a manager from Escape-Delux, a regular club night where new dj-talent could present themselves. Everyone was so excited by Icemans skills, that he immediately got asked to be the new resident for the Saturday night.

Mc Iceman works in two different scenes, that only since a couple of years blended together. On one side House with dj’s like Stonebridge, Erick E and Raymundo. On the other side urban where you will notice his special bond with Dj Irwan. They started as good friends and decided to work together which gave Iceman his reputation in the Urban-scene. Other dj’s, like Kid, Original, Flava, Goodgrip and Fullscale started asking him to and soon Iceman was doing his thing in clubs all through Holland.

No matter which dj Iceman is working with, he will always guide them to higher grounds. And with his big smile, forever dancing, he’s a real ‘crowd pleaser’ and will make every party just a little bit more special.