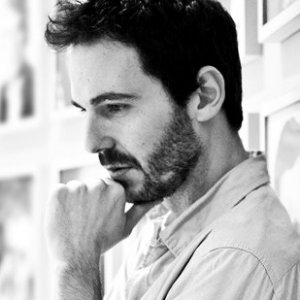 During my stay in Holland I’ve had the pleasure to work with some of the most well-known musicians around. This way I became a tiny part of the Dutch jazz scene. It’s what I like being: a professional jazz musician who plays here and there with different people. However, as with many other artists, I also feel the necessity to create my own music and have my own projects.

I come from Madrid, a multicultural city full of many different types of music. Madrid has plenty of immigrants coming from Latin America (Venezuela, Puerto Rico, but mostly Cuba). This generated a huge Latin music scene. But of course, being the capital of Spain, Madrid is also the place to be for our flamenco music.

Madrid influenced me because of this great mixture of music. As a result the music I automatically started to write absorbed these influences into jazz. This became my ‘jazz’ project as I mixed in flamenco’ and Latin – not as separate traditions, but for their respective sounds and qualities.

Initially we started as a trio with double bassist Luciano Poli and drummer Francesco de Rubeis, both from Italy. We experimented with different directions and after some time, I decided to add percussionist Miguel Hirosi and the flamenco singer Maria Marin, both from Spain. Our trio was now a full band and ready to record our first album.