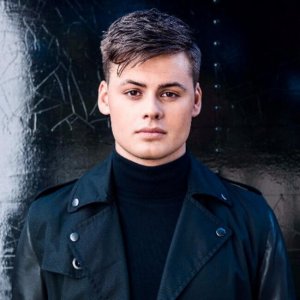 Mike Williams is at an exciting phase in his career. The young Dutch talent recently signed to the world-renowned Spinnin’ Records and MusicAllStars Management, marking the beginning of a new chapter following a lifetime passion for music.

Growing up in a musical family, Mike was classically trained on the piano from a young age. However, it was creating his own new music that really interested him, and he began working on a laptop using his dad’s speakers and amplifier.

He began learning to DJ in earnest at the age of 12 whilst studying the work of other artists. He began getting booked for events as a teenager, sharing the stage with DJs like Martin Garrix, Jay Hardway, Yellow Claw and Alvaro, all whilst spending increasing amounts of time on his own productions.

He had a particular talent for bootlegs, which were quickly gaining him traction within the online community. His bootleg of Calvin Harris’s ‘Blame’ in 2014 received widespread shares on social media, gaining him the attention and support of other artists. Oliver Heldens has been a particular champion, supporting many of Mike’s tracks on his Heldeep radio show.

Things really started to kick off in 2015 once he finished school and was able to focus on music full time. His bootleg of Carly Rae Jepsen’s ‘I Really Like You’ rapidly amassed over 3 million Soundcloud plays, proving he was an artist with a knack for crafting likeable and clever reworks. Meanwhile, he was earning his stripes as a hardworking DJ in the local Dutch circuit, playing a variety of the country’s biggest clubs and festivals. By the close of the year, he was booked to play his first South African tour.

Meanwhile, he’d caught the attention of several dance labels. He signed ‘Sweet and Sour’ to Tiesto’s label, Musical Freedom, and signed a contract with Spinnin’. Released in early 2016, the record kickstarted the year in a fantastic way, with support from Tiesto, Hardwell, Dimitri Vegas & Like Mike, Oliver Heldens, Afrojack, R3hab, Axwell and more.

The rest of the year has been something of a whirlwind for Mike. He opened the main stage of EDC Las Vegas, jumped on stage with Tiesto at Ultra Miami, and played many other big festivals. At home, his profile has only continued to grow – he’s played Amsterdam’s 17,000 capacity Ziggo Dome twice, and even hosted his own ADE showcase. Tiesto continues to be a mentor, enlisting him as his only support act and even releasing a collaborative track alongside the young talent for Spinnin’. After several more successful releases, Mike is embarking on his first Asia tour, to close out an eventful year. To document his incredible journey, he’s enlisted the help of his videographer sister Michelle; ‘On Tour with Mike Williams’ is an episodic look into the life of the producer and will focus on his hectic schedule as he travels the world.

With several more releases in the pipeline and international demand for his DJ sets growing, 2017 looks set to be a busy year for Mike Williams.