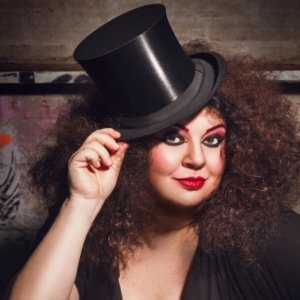 Miss Bunty is one of Europe’s leading dance-vocalists with a voice that has enlightened and rocked many clubs, parties, festivals, radioshows and television performances all around the world. She is sometimes compared to “Shirley Bassey on Acid”, Miss Bunty is a powerful entertainer who knows how to spice up any party.