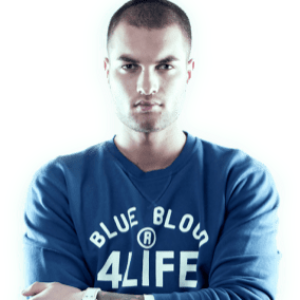 When people hear the name Mitchell Niemeyer the response to this musical talent is almost as amazed as to his appearance. Being a former model and now one of Holland’s new breed of top DJ’s the sun of success will be shining his way for some time if he keeps up this way.

He found out that music was a big part of him as a person. It kept calling him and he responded. Being a DJ/producer makes him express himself even more as a person. And eventually that’s what everybody wants in this world, to be seen, respected, loved, noticed and heard. Mitchell was always around house music because his manager and close friends are big promoters in Holland. That’s why he had the benefit of seeing some of the world’s greatest DJ’s like David Guetta and Fedde Le Grand, that’s what inspired him. He got rewarded soon with playing at the big festival Mysteryland, on the Dirty Dutch stage.

The dance scene clearly noticed his talent en made room in timetables between big artists such as Steve Angello, Chuckie, Afrojack, Bob Sinclair, Fedde le Grand, Hardwell on events like Dirty Dutch, Size Matters, Bloomingdale XXL, Rocksteady. Also his first official release called Debut entered the Beatport Electro Chart instantly. Mitchell Niemeyer  is an all-round DJ and entertainer. His sets are varying and in a mixture of House and Electro. But actually he plays everything with a creative personal touch. 2012 is without a doubt the year of Mitchell Niemeyer. He has gigs in Miami, Brazil, London, Dubai, Aruba and more country’s will be confirmed soon. Mitchell Niemeyer is ready to take over the world.