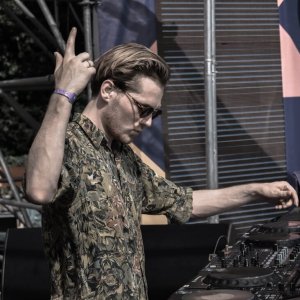 Armed with a genre-crossing sound that separates him from other artists, Paul Mayson has catapulted himself into the limelight as one of the most promising and refreshing upcoming electronic acts in dance music worldwide. Being a true tastemaker of the upcoming generation of electronic artists, the prodigious young producer and multi-instrumentalist started releasing his signature songs on the most influential record labels and platforms in the world (Spinnin’ Records, Hexagon, Armada Music, Proximity), shortly after graduating from University in Psychology.

Bridging the gap between electronic music and indie/pop, he kickstarted his career with the release of ‘Pray’, a collaboration featuring the renowned electronic pop-act Far East Movement. A follow-up came in timely fashion with the release of ‘Want Me’. This new single contained the vocal sample of Aretha Franklin’s classic hit ‘Chain of Fools’ and was the first officially released new version of that eminent song.

‘My main objective right now is writing innovative, genre-crossing songs that sound truely different from what’s out there in dance music.’ With the songs emerging in the spotify charts, reaching millions of streams worldwide, and gaining the attention from all the leading blogs, Paul has been able to spread his signature sound at shows all over the world.

Counting one of the world’s leading electronic artists Don Diablo as his biggest supporter, Paul released his game-changing single ‘Paralyzed’ on Don’s label imprint Hexagon, distributed through renowned electronic record label Spinnin’ Records. The never heard before blend of polished electronic production and indie/rock elements surprised many. With the music video attracting 100.000 youtube views within the very first day and the song taking over the internet by storm, the hype surrounding the young prodigy continued to increase. Shortly after, Paul took the next step releasing his debut EP ‘Run’. The EP contained four electronic/indie/pop cross-over songs and was named ‘gamechanging’ and ‘extremely refreshing’ by the tastemaker blogs. Dancing Astronaut even marked the EP as ‘gold from start to finish’, saying ‘The talented Paul Mayson is one of our favorite new artists. His recent EP is a fantastic effort in genre-blending, each song more catchy than the next.’ Paul subsequently went on tour with Don Diablo and Hexagon, playing sold-out shows all around Europe showcasing his trademark sound through innovative sets.
​
With the release of ‘Waiting for You’ on June 9 and it’s subsequent new singles, 2017 is looking bright for the prodigious young artist. A summer schedule including iconic festival shows such as Storm Festival in China and Dance Valley in Europe open the doors for the artist Paul Mayson to keep sharing his vision on music and art with his rapidly growing fanbase.