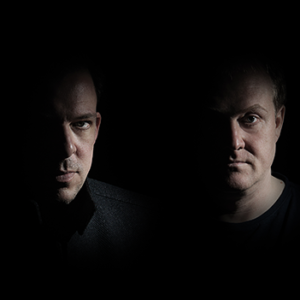 Planet of Sound was the brainchild of Chris & Commie, two highly talented individuals who’ve been making waves in the music world since the late nineties. Like most effective partnerships, these two have complementary skills and abilities, and have each brought home significant accomplishments in their respective careers.

The duo have come a long way since working together on remixes for such club smashes as Ferry Corsten’s ‘Out of the Blue’ and for artists like Jakatta and Golden Girls.  In the wake of their success, the pair decided to take a decade-long break to focus on their own careers, during which time they both reached impressive milestones.

Chris Allen, the whiz behind the 1s and 0s:
Chris Allen has long been a top producer, engineer, and mixer, and he has worked with an impressive string of very influential artists and bands like: UNKLE, Philip Shepherd, Pete Tong, Adam Freeland, Photek, Charlie May, and many more of the era’s most defining acts. Not stopping there, Allen is currently producing/mixing for The Acid, Ry-X & Frank Widemann, Toydrum, James Lavelle, and Greymatter.  With an obvious ear for quality, Chris Allen has also done film score mixing and even documentary soundtrack production.

Commie, the DJ deal-maker:
As a performer, Commie has held down residencies at some of the UKs most defining hot spots, including The Legendary Cross nightclub and the universally acclaimed Ministry of Sound.  He’s toured around the globe from Ibiza to Istanbul, and from Miami to Madrid.  His penchant and talent for music led to his success as a music supervisor, where he worked on advertising for worldwide brands, Hollywood movie trailers, and for major sporting events like the Olympics and the Champions League.

Commie needed to create a theme for the iTunes Festival UK in 2013, and that’s how ‘We Are Together’ was born.

And so, after 10 years apart conquering the world, the pair joined forces once again under the ‘Planet of Sound’ banner.  Hard at work since getting back together, the duo have recently remixed tracks by Kasabian, Foster the People, London Grammar, Alt J, Fenech Soler, and more.

We’ve seen what they can do apart, now it’s time to witness what Planet of Sound can do now they are together.