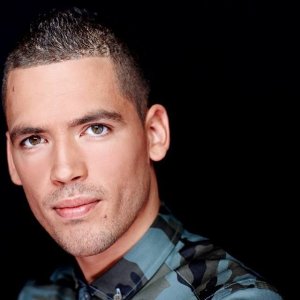 Rhythm has always been in his blood and it was apparent at an early age that making music was going to be his great passion: by the age of ten he could already play the drums after practicing beating every pot and pan he could get his hands on! After another 6 years of professional drum lessons Ralvero was ready for a new adventure in music…

He started to produce his own tracks, taking inspiration from all kinds of music, from electronic to classical. Then the ball really started to roll in 2009. In May of that year he joined the 1Management family and evolved into a Sneakerz party regular. His big success came with the release of “Party People” – a huge top 40 hit. And it certainly wasn’t only the party people who went wild for this track! It was hammered by every big name in the business, including fellow countrymen ErickE, Chuckie and Laidback Luke as well as Bob Sinclair, Axwell and Carl Cox to name but a few. On top of all this “Party People” had the honour of being crowned a Radio 538 Dancesmash and made it onto countless compilation albums, making it THE summer anthem of 2009.

Besides working hard in the studio daily, Ralvero is also kept busy behind the decks weekly, with a great number of bookings at home and abroad. Playing gigs in places like Curacao, Aruba, Crete, Portugal and England have truly expanded his horizon. And… He even found the time to score a remix hit with “De Bos – On the Run (Ralvero Get Down Remix)” which, like “Party People”, has received a big thumbs up from big boys like Erick Morillo, Fedde le Grand and David Guetta.

So, don’t expect Ralvero to sit still for one minute. His constant search for new musical challenges combined with his energy and enthusiasm leaves us expecting big things from this rising star… be prepared for a few surprises!